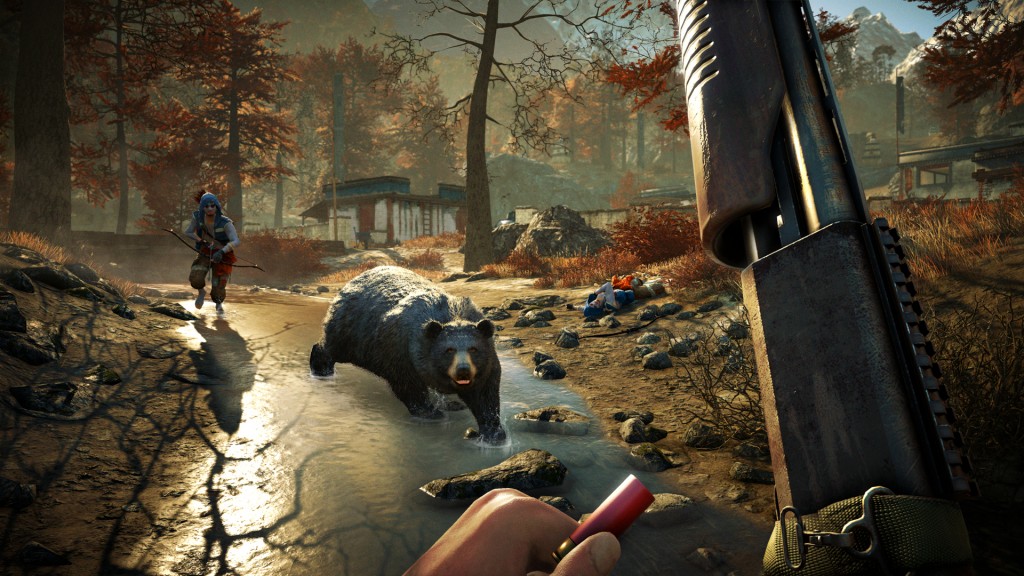 Like a mighty bear, Ubisoft’s games can vanish into the woods without warning.

I don’t know how things are in every region, but Ubisoft’s upcoming titles have all showed back up again on Steam in the US. Yesterday, Far Cry 4, Assassin’s Creed: Unity and The Crew pulled a worldwide disappearing trick from Valve’s digital platform. Today (at least in the US,) they’re back.

I’d put this down to some kind of error, were it not for the fact that a Ubisoft spokesperson actually talked about Assassin’s Creed: Unity being removed from Steam and made it sound like a definite policy. The company was apparently “in discussions,” with Valve.

Those discussions seemed, 24 hours ago, to have resulted in all of Ubisoft’s upcoming games like Far Cry 4 vanishing from Steam. But that decision appears to have been reversed. For now, at least. Maybe tomorrow I’ll be writing about how they’ll all disappeared again.

So, quite what this was all about is something we’re unlikely to ever know unless someone at Ubisoft decides to spill some behind the scenes information. Was it just an error? A grandstanding move to show Valve that the company could pull its games if it felt like it? Some sort of testing of the waters to see how people would react?

As things stand Ubisoft’s upcoming games are still listed as $60.00 USD each, so if it was a pricing dispute then nothing much changed.

Update: According to the SteamDb listings for Far Cry 4, Assassin’s Creed: Unity and The Crew, the UK is still missing those games for some reason.