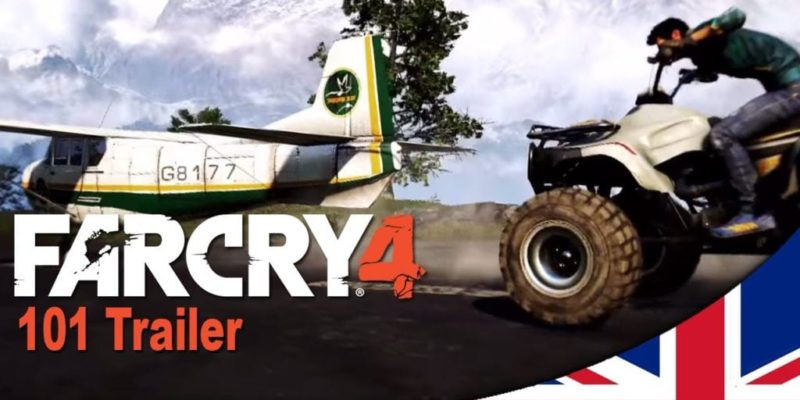 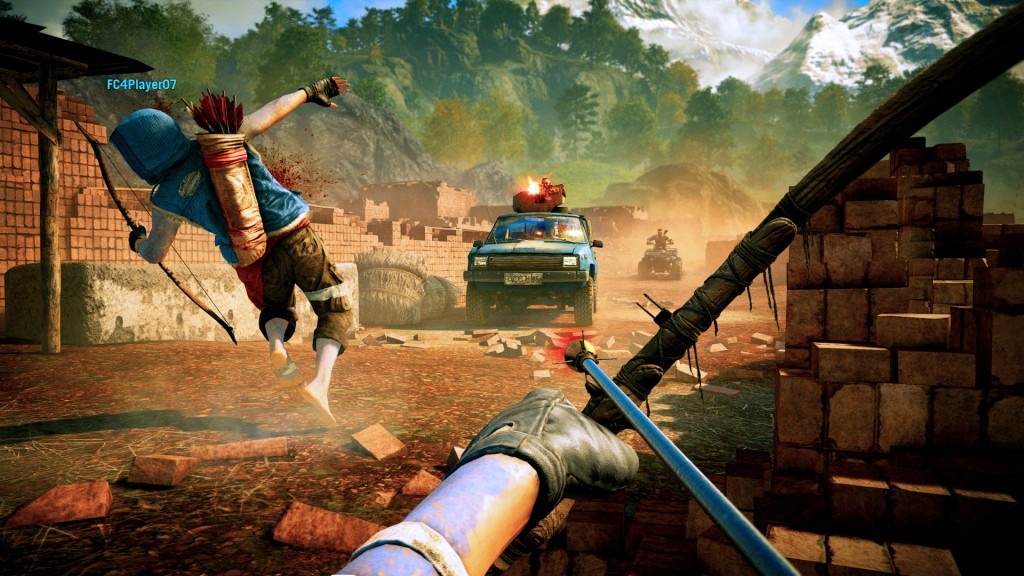 This picture is only a spoiler if you didn’t know Far Cry 4 had multiplayer.

The problem with putting out an eight minute long “101” trailer prior to Far Cry 4’s release, is that it gives away quite a few things. Some of it is pretty benign, like the effectiveness of throwing knives and crossbows, but other bits stray over the line of “stuff you might want to just experience as you play.”

No massive plot twists or anything (at least, I don’t think,) but if you want some of Far Cry 4’s characters and locations to at least stay vaguely a mystery until you’re actually playing the game it might be an idea to avoid this one.

Aside from the people and places, this trailer goes into the choice of taking the path of the elephant (resistance, basically) or the tiger (swift stealth.) It seems like you can also decide whether to try to live off the land and make your own wonderful drug potions, or “craft” things from animal pelts. The way it’s presented, it looks like you can get by without slaughtering all of the cool wildlife, if you fancy.

Far Cry 4 will be getting a worldwide release on 18 November. Watch the trailer (or not, if you want more of a fresh take on the game when it comes out,) below. If you really want to spoil yourself, you can have a look at the game’s entire map over here.

Football Manager 2015 adds Martin Ødegaard, here’s how to get him

Mount & Blade is free at GoG until 14 November