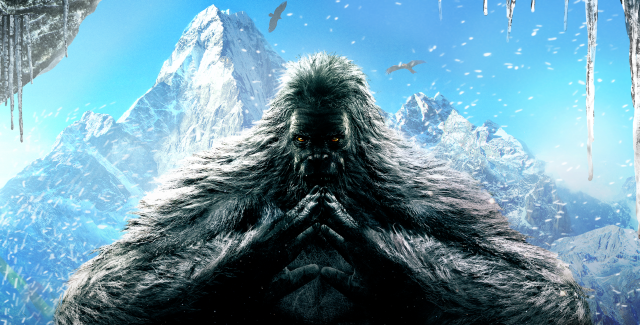 Bad news for any Abominable Snowman fans out there, as Far Cry 4 has decided to hide the special Yeti-based mode inside an expensive Season Pass. How expensive? Try £24.00. That’s a fair chunk of cash for some extra game bits.

The Far Cry 4 Season Pass adds some extra single player missions (also playable in co-op) and also seems to overlap somewhat with the Limited and Special editions of the game; making it even worse value for money if you’re already buying one of those.

Here’s what will be in it:

The Syringe – Available from launch exclusively for Season Pass holders, players must keep a rare and potent recipe from falling into the hands of Pagan Min’s forces. Playable in single-player and co-op, players will need to ensure that he does not use its devastating effects on the rebel forces.

Escape from Durgesh Prison – Ajay and Hurk have been rounded up and tortured in Yuma’s prison. Team up with a friend to escape and survive the hostile lands of Pagan Min’s Kyrat.

Hurk Deluxe Pack – Five missions, playable in single-player and co-op, including Yak Farm, Blood Ruby and Hurk’s Redemption are available. Access an arsenal of new weapons including a harpoon gun for Hurk.

Overrun – Team up as Rakshasa or Golden Path in this PvP mode and control a series of neutral locations across Kyrat’s countryside to protect them from being overrun by your opponents.

Valley of the Yetis – Ajay’s helicopter has crashed on an unforgiving Himalayan ridge. Explore the frozen landscape and find tools to upgrade your camp and protect it from a dangerous cult when night falls. With single-player and co-op options, players will not be alone, but in the darkest caves players will have more to fear than just the cult as the yetis await their prey.

Hurk’s Redemption, the Yak Farm mission and Harpoon gun are already part of the Special Edition of the game. The limited edition seems to have them too.

Apparently, the Far Cry 4 ‘Gold’ edition comes with the Season Pass included. In short, it’s another case of Ubisoft releasing about 5,000 different versions of one game making the various bonus offers very difficult to keep straight in your head.

Publishers love front-loading their games with tempting stuff, hoping people will put up the cash for it before the game is even released and anybody has any idea what the overall quality might be.

Here’s an alternative tactic PC owners interested in the Far Cry series may wish to employ: Wait for the inevitable release of a Far Cry 4 ‘game of the year all the DLC included honest guv’ edition and the closest Steam sale. Buy everything for $25-30 (or less, if you wait for a few months.)