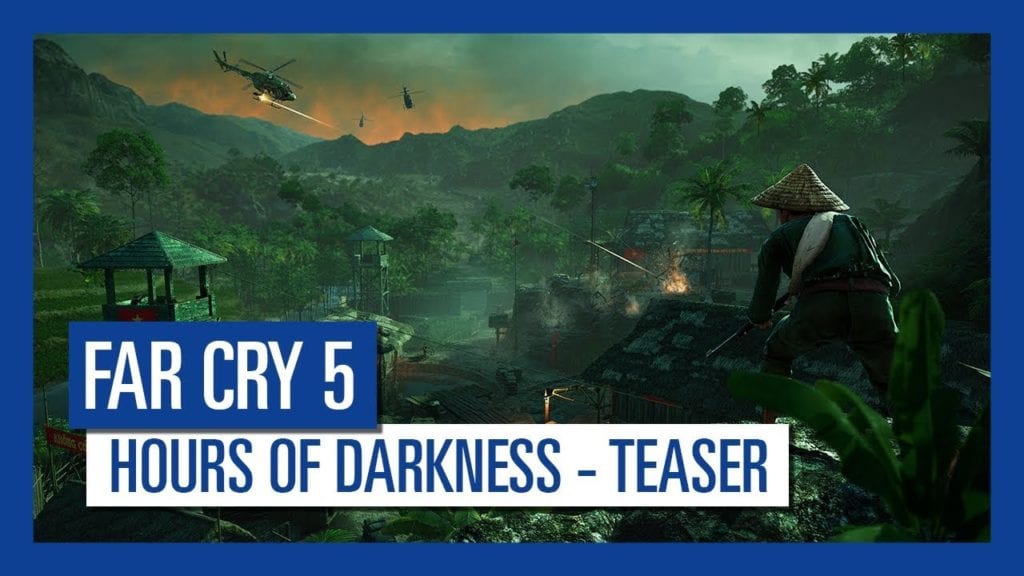 UbiSoft has announced the release date for the Far Cry 5: Hours of Darkness DLC and it will launch on 5 June for PC.

The DLC takes players back in time with Hope County’s Wendell “Red” Redler to find and rescue squad member from the Viet Cong and North Vietnamese Army during the Vietnam War. The DLC can be played solo or co-op and there are new gear and abilities to get to grips with.

There are also different modes which are unlocked on completing the mission. Survivor which gives players a limited load-out and Action Movie Mode with a “generous” load-out for more action. New Vietnam assets are also being added to the Far Cry Arcade for free.

There are still two more DLCs to come,  Lost on Mars and Dead Living Zombies which will be released this year in July and August.