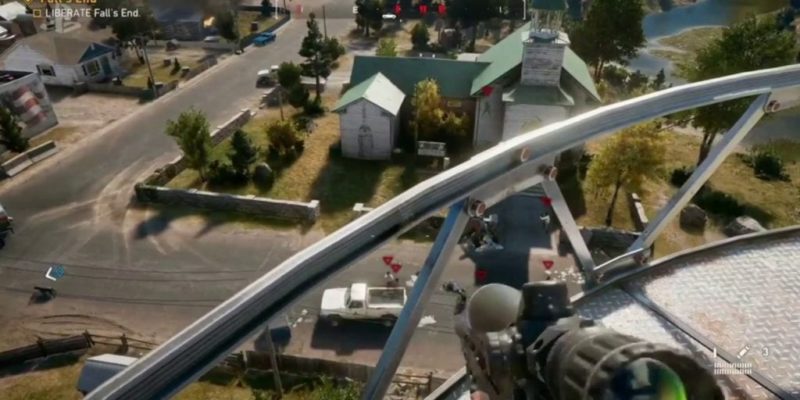 Four minutes of Far Cry 5 gameplay footage from E3 2017, based around the liberation of Fall’s End. It’s a smaller settlement in the grander scheme of Hope County, but it’s full of autocratic doomsday cultists who need to gently be encouraged to leave.

Helping out is animal companion Boomer the dog. He appears to be a pretty helpful boy, able to tag enemies for you (nobody’s paying attention to a dog running around, I guess) and grapple them to the ground. When a bit more firepower than a lone canine is required, you can always rely on mounted guns and fistfuls of dynamite.

Footage is from PlayStation, which no doubt means it’s running on a PS4. Still, it gives a decent idea how Far Cry 5 will play when it’s released in February next year.

Malthael reaping souls in Heroes of the Storm from today