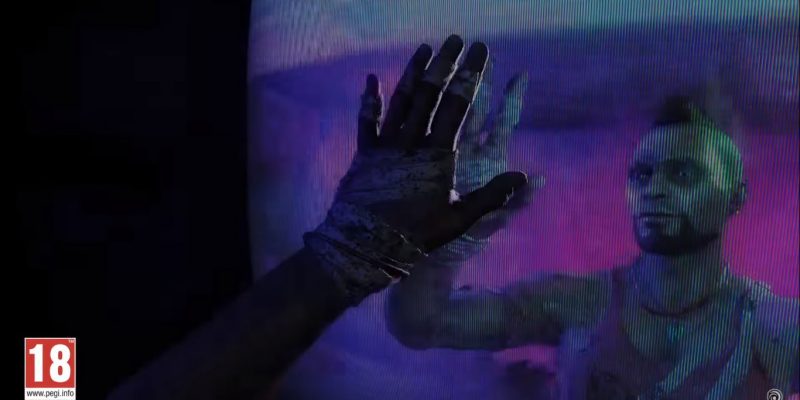 It wouldn’t be E3 without some leaks right before showtime. Ubisoft had a big one drop shortly before its Ubisoft Forward conference today. In a now deleted piece of advertisement for the upcoming Far Cry 6, some details on the game’s season pass were revealed. Ubisoft quickly took down the video, but some fast-fingered Reddit users were able to capture the footage.

The trailer shows that Far Cry 3’s Vaas Montenegro, Far Cry 4’s Pagan Min, and Far Cry 5’s Joseph Seed will all be playable in some capacity in the game. Whether this is in a multiplayer mode or something else, we are not sure yet. This information was also corroborated by a report earlier today from Video Games Chronicle. Now that the Ubisoft Forward conference has officially began, we have concrete information on the Far Cry 6 Season Pass.

The first thing we got was a full CG story trailer. In it we see Giancarlo Esposito’s El Presidente, Anton Castillo, being as ruthless as we expected. His son Diego tries to escape on a refugee boat, but he doesn’t get very far. Unfortunately for those who tried to help him, they don’t make it off the boat either. Afterwards, we get our first info on the Far Cry 6 Season Pass with another CG trailer.

You play as Vaas Montenegro, Pagan Min, and Joseph Seed in what appears to be some type of strange, Lynchian nightmare world. It may or may not be being controlled by some fourth wall-breaking antagonist. For the first time in a Far Cry game, players will step into the shoes of the villains. The Season Pass is included in the Gold, Ultimate and Collector’s Editions of Far Cry 6. All of which are available now for pre-order on the official site.