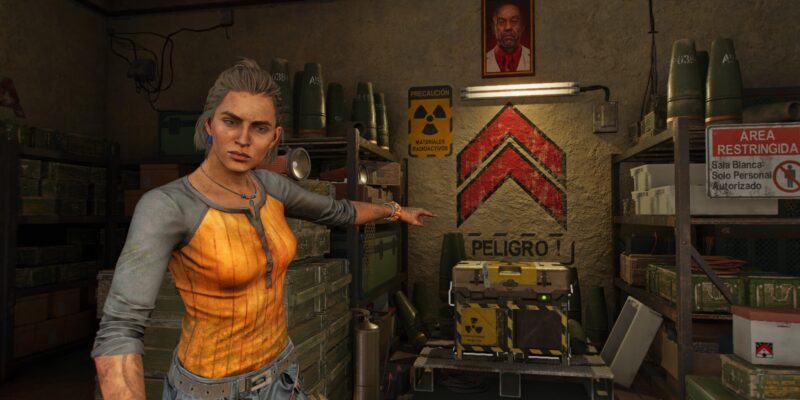 The Supremo is the ultimate gadget that you can use throughout your Far Cry 6 journey. Likewise, you’ll have access to Resolver weapons, makeshift firearms that pack a punch. There are multiple variants that require a particular resource. Here’s our Far Cry 6 guide to help you find depleted uranium for the Supremo and Resolver weapons.

Far Cry 6 guide: Where to find depleted uranium for the Supremo and Resolver weapons

You’ll gain access to the Supremo backpack and Resolver weapons at the end of the Du or Die mission in Far Cry 6 (which also happens to be the same mission that unlocks co-op). One of the key objectives here is assaulting Fort Quito on Isla Santuario.

After you take out the officer, you can pick up a keycard that opens the armory. Inside, you’ll find a cache with 250x depleted uranium (seen in the featured image). This is the resource that we’ll use to unlock Supremo and Resolver variants in the game. 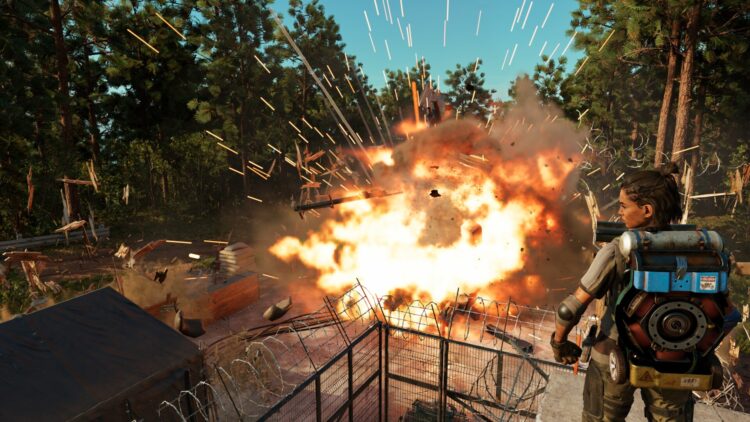 From this point onwards, you’ll primarily obtain depleted uranium from anti-aircraft (AA) bases all over Yara. Each location has 50x of this resource, so make sure you attack all of them. To make things easier, you can try repeatedly talking to the same guerrilla NPCs at captured hideouts, bases, or checkpoints. They tend to reveal the locations of military targets, including AA installations.

The cannons would barely take damage if you’re using regular firearms. Instead, you should lob a frag grenade. One would be enough to destroy them. Alternatively, assuming you ran out of grenades, you can always hijack a vehicle and park it near the AA cannon. Shoot it so the resulting explosion also takes out the AA gun.

In any case, each new Supremo or Resolver variant costs 100x depleted uranium. The resource is solely used to purchase the item from Juan’s workbench on Zamok Archipelago or from arms dealers in the military bases that you’ve captured. For modifications like new perks or attachments, you’ll need materials such as gunpowder, Supremo-bond, industrial circuits, or industrial composite. 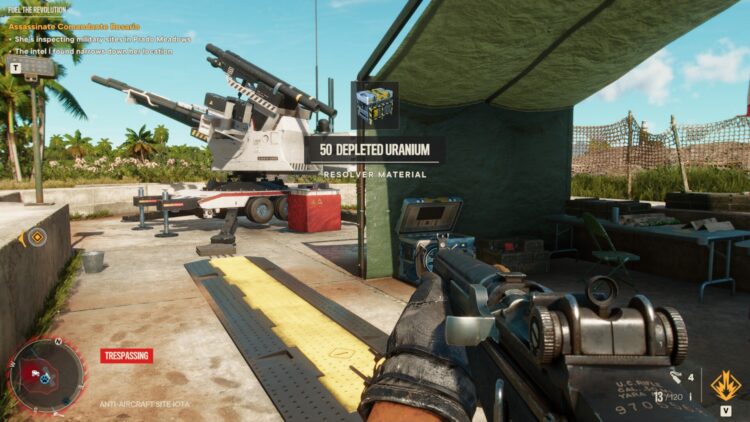