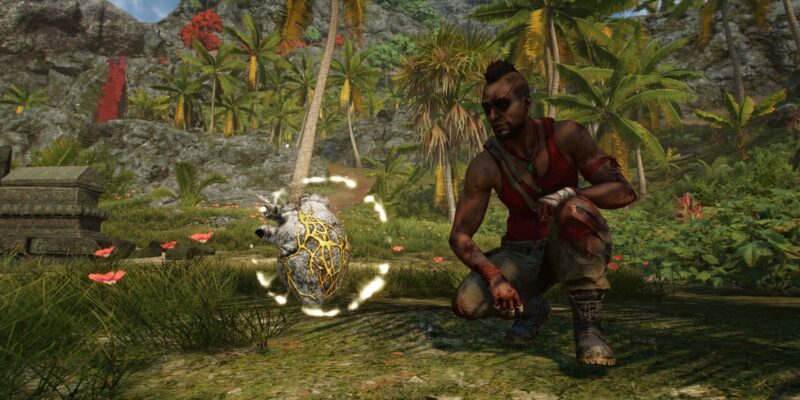 Powers look like corrupted hearts. There are several ways to obtain them: The temporary Powers that you’ll want to pick up

What about the ones I don’t need?

You have to purchase extra slots if you want to equip additional Powers. If you find something that you don’t need, simply sell it by pressing the “Z” key. You may also replace one that’s already equipped if you discover a better alternative. Oh, and each Still Standing power sells for a whopping 1,000 cash, too. This is one of the best methods to farm cash in the DLC. Far Cry 6 Vaas: Insanity — How to get more cash in the DLC