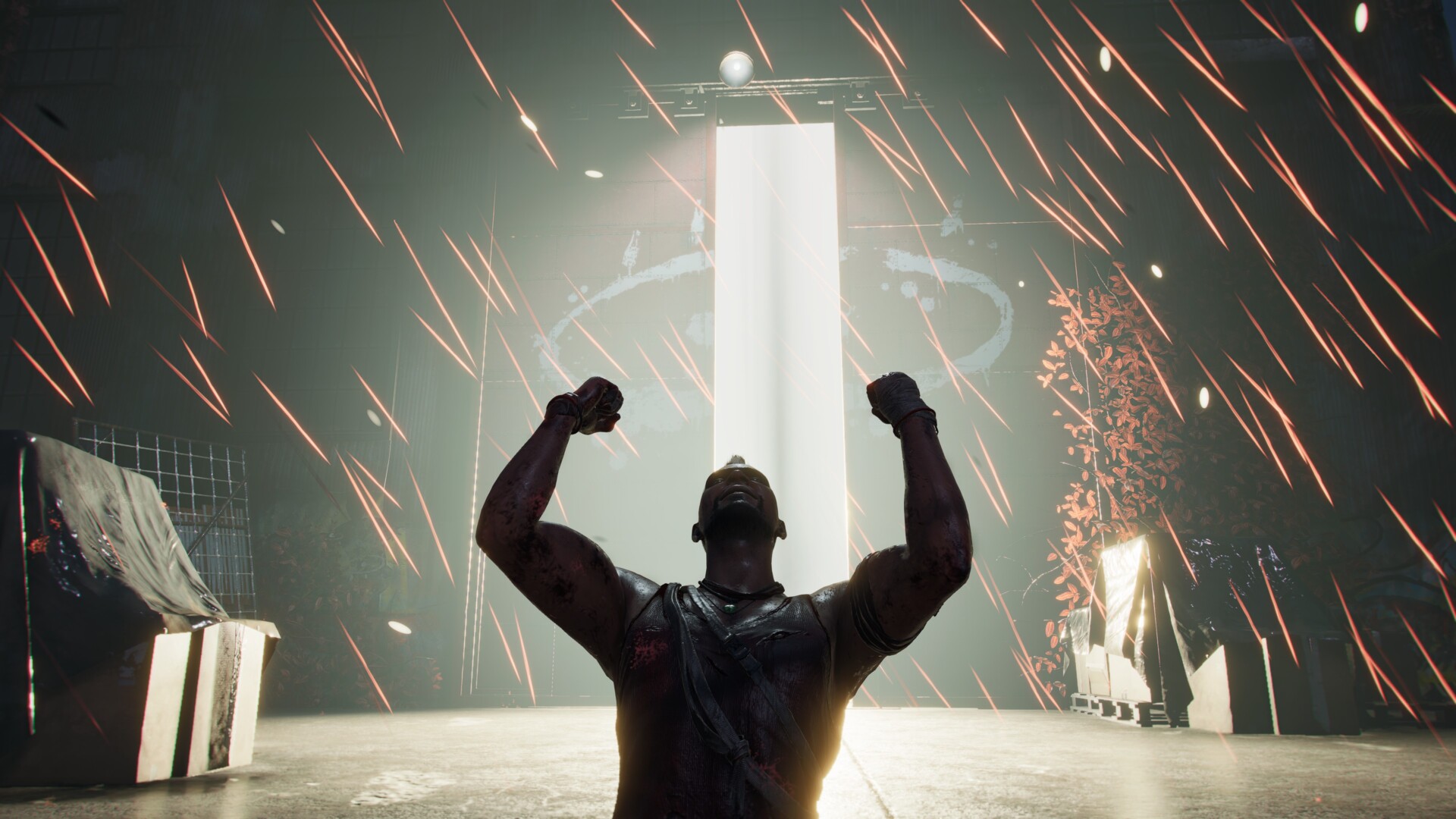 The main mission in Far Cry 6 Vaas: Insanity is called Citra’s Warrior, which entails finding fragments of the Silver Dragon Blade. Assuming you’ve found all of the pieces in The Prison/You Hit the Ground, The Volcano/Radio Play, and Citra’s Temple/Birthright, then only a couple of tasks remain. Here’s our Far Cry 6 Vaas: Insanity DLC finale guide to help you survive Citra’s Onslaught and clear all 20 waves.

Note: For more information, check out our Far Cry 6 guides and features hub. You can also take a look at the full world map and other points of interest. Lastly, please be reminded that this guide contains spoilers.

How to survive Citra’s Onslaught and clear 20 enemy waves during the finale in Far Cry 6 Vaas: Insanity

After claiming the third Silver Dragon Blade piece, Vaas’ mind will slowly collapse. Assuming that Citra’s Temple was the last place that you visited, then you can use the Wingsuit to glide all the way back to the Compound. Just watch out for trees or obstacles along the way (you don’t want to die at this stage in the game).

Once you’re back at the Compound, a memory of Citra will tell you to prepare. Do not interact with her yet. Instead, go back to the main building and check your mirror traits/perks and weapon upgrades/mods. Make sure you’re ready with hard-hitting armaments, as well as skills that help with survival and healing. Oh, and you might want some temporary powers that can help with cash farming, too (I’ll explain later). 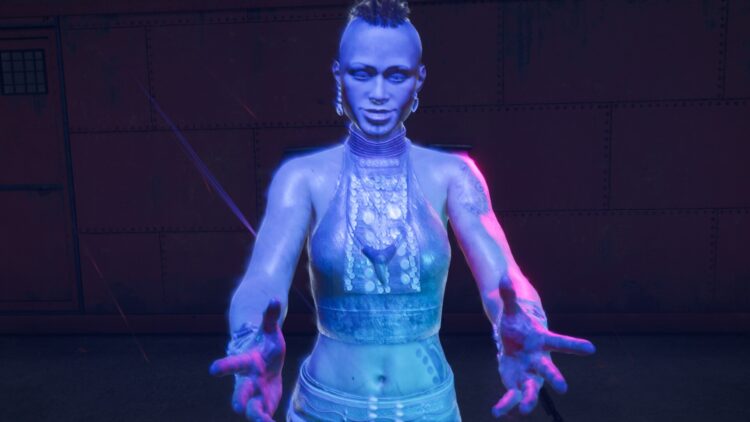 Talk to the memory to start the Citra’s Onslaught encounter in Far Cry 6 Vaas: Insanity. A gigantic version of her will appear in the distance. This will begin the wave/horde mode in where squads of hostiles will assault the Compound’s entrances. Here are some mechanics to consider: 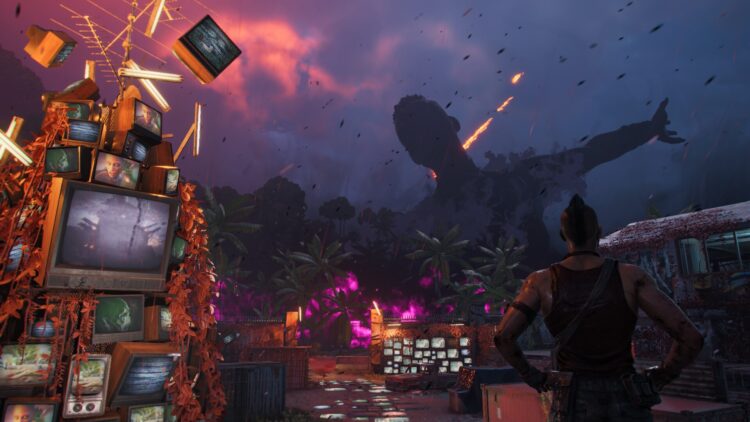 For most of the waves, you’ll want to camp in the large southeastern building (not the one with the locker/mirror). There are two entrances here, allowing you to funnel in your foes. Likewise, you can place explosives like claymores or proximity mines to damage opponents that try to pass through lanes/corridors. The only dangers come in the form of (a) grenades being thrown inside, (b) ghosts that might appear when you least expect them, and (c) heavily armored foes that pop up while you’re distracted by another enemy.

Later, you might think that wave 18 is the last. But, Citra will throw a curveball by adding two waves (up to wave #20). Things can get tough when you’re running out of bombs, but there’s a fairly minor cheese. Once all enemies are inside the Compound, you can go to the outer wall in the southern section (just don’t move past the purple aura that will kill you). For some reason, enemy AI gets borked because they can’t reach you. Instead, they’ll walk back and forth the entryway. I’ve seen Jason clones and even Citra’s tiger form (at wave 20) just pace around without causing any hassle. Well, with a bit of luck, you should be able to clear all 20 waves in the finale of the Far Cry 6 Vaas: Insanity DLC. 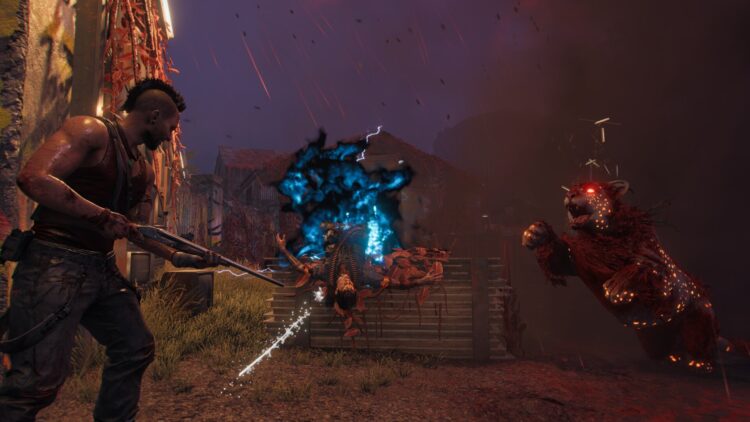 What happens when you’re done with all 20 waves in Far Cry 6 Vaas: Insanity

No additional waves will spawn after this point. You’ll have no choice but to exit the area. Your score will be tallied here, which means you might unlock rewards that can be used by Dani in the main campaign. Additionally, you’ll notice the following: 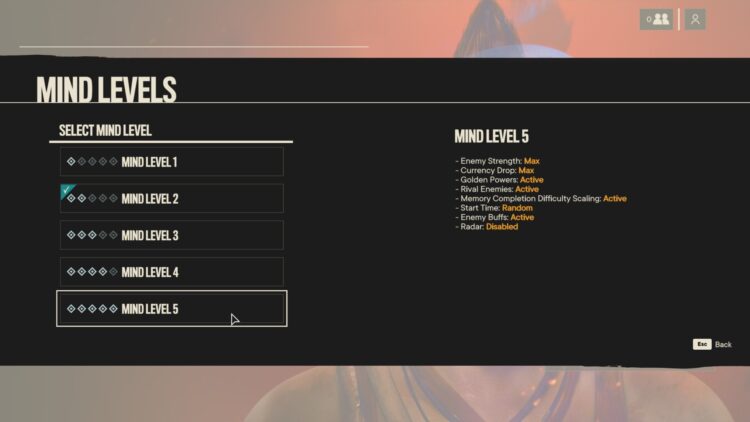