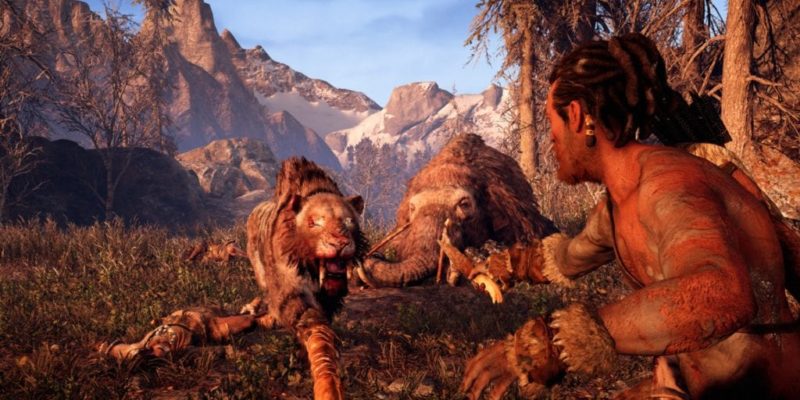 UbiSoft will be releasing a Survivor Mode for Far Cry Primal for free in April making the game even more challenging for players.

Far Cry Primal lends itself well to the idea of a hardcore survival mode and it’s been created based on feedback from the community since the game launched earlier this month.

“The idea of doing this mode actually started from the team, saying they wanted to create this mode based on feedback they got from the community,” says Thomas Simon, Far Cry Primal’s game director. “The keystone of that survival mode is the change in the exploration, crafting, and difficulty of the game to make it even more realistic. After that, there are options the player can activate to go further.”

A permadeath option can be turned on but will not be applicable in the “vision missions”. For those wanting a mode that’s not quite as hardcore, there’s a “second-chance option” which provides one backup life which can be reset when certain points are reached in the game.

The Survivor mode also tweaks the game in other ways such as the addition of a stamina gauge making Takkar slower and weaker when it runs out. Takkar will then need to sleep to replenish it. The minimap will be removed by default and the fog of war has been “strengthened” hiding more of the map. Fast Travel will consume stamina and food, and humans and animals will appear less making the adventure more challenging.

Takkar has also been “weakened” and can no longer “rain remote-control death” on enemies with the owl, crafting ammo takes a few seconds, and he’s more susceptible to cold. To compensate his Hunter Vision has been increased.

You can read more on the Ubi Blog and the update will be released in April.