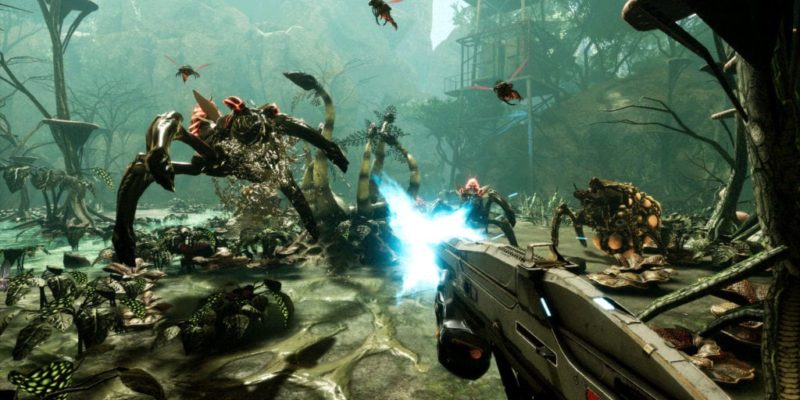 This new sci-fi FPS takes players to the year 2300 and the human race is searching for a new home as the Earth has become overpopulated and polluted. The game will feature four character classes and there will be five different planets to explore.

As players explore they will come across diverse destructible environments and the native population will either help or hinder players in their quest.

“We are extremely proud to announce our game, something that we’ve been working on since 2015. It was a hard decision to start a VR project, but we are now one step away from being able to share the results of our hard work, and we sincerely hope the gaming world takes an interest in our project,” said DEVCUBESTUDIO  CEO Aleksander Shevchenko.

Far Home will be coming to Steam Early Access in January 2018 and the game is expected to be released at the end of 2018. The shots below look stunning but it could be one of those games you wish was also playable on a monitor as a lot of detail is lost in VR.  This is definitely a game to keep an eye on and hopefully we’ll hear more about the game soon.

Epic sues a fourteen-year-old for cheating in Fortnite