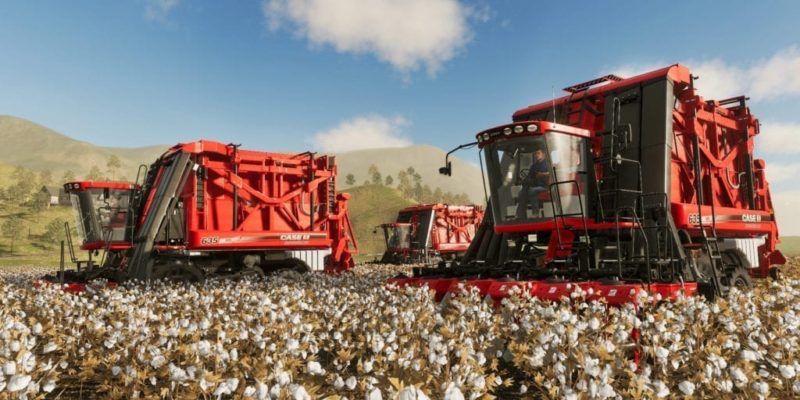 Farming Simulator 19 draws ever closer to its November 20 release date. As expected, the developers over at Giants are using this time to share an increasing amount of information about the upcoming sim. This week, a lot of new details have sprouted up. Here’s a roundup:

A new gameplay trailer is now available, and it shows off various new activities to perform in the fields. Specifically, spraying lime (this helps raise the pH levels of the soil and results in healthier crops). The other new activity is weed removal by means a weeder and also by spraying herbicides. Also, a new interaction was shown: the wheels of your vehicles also now realistically destroy crops as they roll over them (although it appears this can potentially be disabled).

The developers went into more details about weeding in the latest FS19 Dev Blog. Players will have two chances to remove weeds: when they’re young and the crops are still growing, or when they’ve matured and the crops have also grown. Removing weeds when they’re young is the cheapest and easiest option, as waiting until they’ve matured will result in the use of herbicide and a sprayer. Herbicide is more expensive, but players can also use it for fertilization. Failing to weed your fields at all will result in a 20% decrease of crop yield. Some players might find this new feature tedious; it hasn’t been explicitly stated if it can be disabled. Since Farming Simulator 17 allows players to turn off crop withering, there is at least a chance weeds might also be optional.

Giants also reintroduced the two new crops: cotton and oats. Players will use oats to feed horses, which are also a new feature of Farming Simulator 19. As for cotton, it will require the use of special harvesters and trailers. But, the developers have stated that the rewards will match the extra effort of planting this crop.

Farming Simulator 19, releases for PlayStation 4, Xbox One, PC and Mac on November 20.
Get it now: https://t.co/saHw7t2y21 pic.twitter.com/2WHEbfIixL