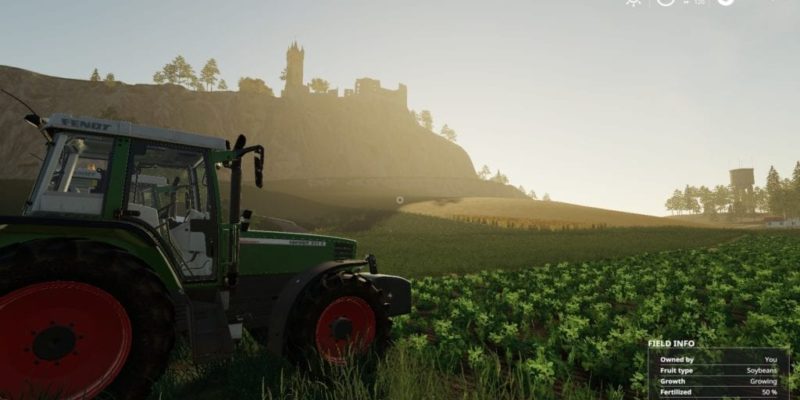 After a mere 10 days, Farming Simulator 19 has sold more than 1 million copies. That’s a lot of corn. The number signifies sales from all around the world on multiple platforms. According to the press release, the game has hit the top of the charts in many countries, from the United States to Germany.

“Never before has a Farming Simulator game reached the one million mark so quickly and we are proud and happy that so many players join us on this amazing journey,” said Christian Amman, CEO of developer Giants Software.

I’ll admit, I don’t really understand the appeal of simulation games. I was raised to love video games as a method to escape the humdrum of life. Never have I attempted to come home from work and then go to work on a digital job. Sure, I once thought about becoming a railroad engineer in my youth, but I can’t watch a clip of Train Simulator 2019 without almost passing out on my keyboard.

Still, the genre clearly has its draws for particular gamers. Perhaps if you’re stuck at an office job and you find yourself daydreaming of you wiping the sweat off your brow as you proudly look over a field of wheat or some shit, this is the game for you. In any case, it wasn’t quite the game for our own A.K. Rahming, who reviewed Farming Simulator 19 last month.

“While I like all of the new stuff, it wasn’t enough to distract me from the flaws,” he wrote. “Framerate stutters are still aplenty, and the LOD system is still woefully basic. The presentation of some textures like the way grain is poured and sprayed onto a field still seems too fake. Add this to the aforementioned wonky driving mechanics, and all of this ultimately amounts to what feels like Farming Simulator 17: Deluxe. I’m sorry, but not even the inclusion of John Deere is enough to make me feel otherwise.”

Damn, A.K. threw some shade at John Deere. That can’t be a good sign. But hey, to each their own, right? If tilling the virtual fields sounds like something up your alley, be sure to check out Farming Simulator 19, for sale on PC at the Steam store.

1997’s Blood Is Returning Thanks To Nightdive Studios