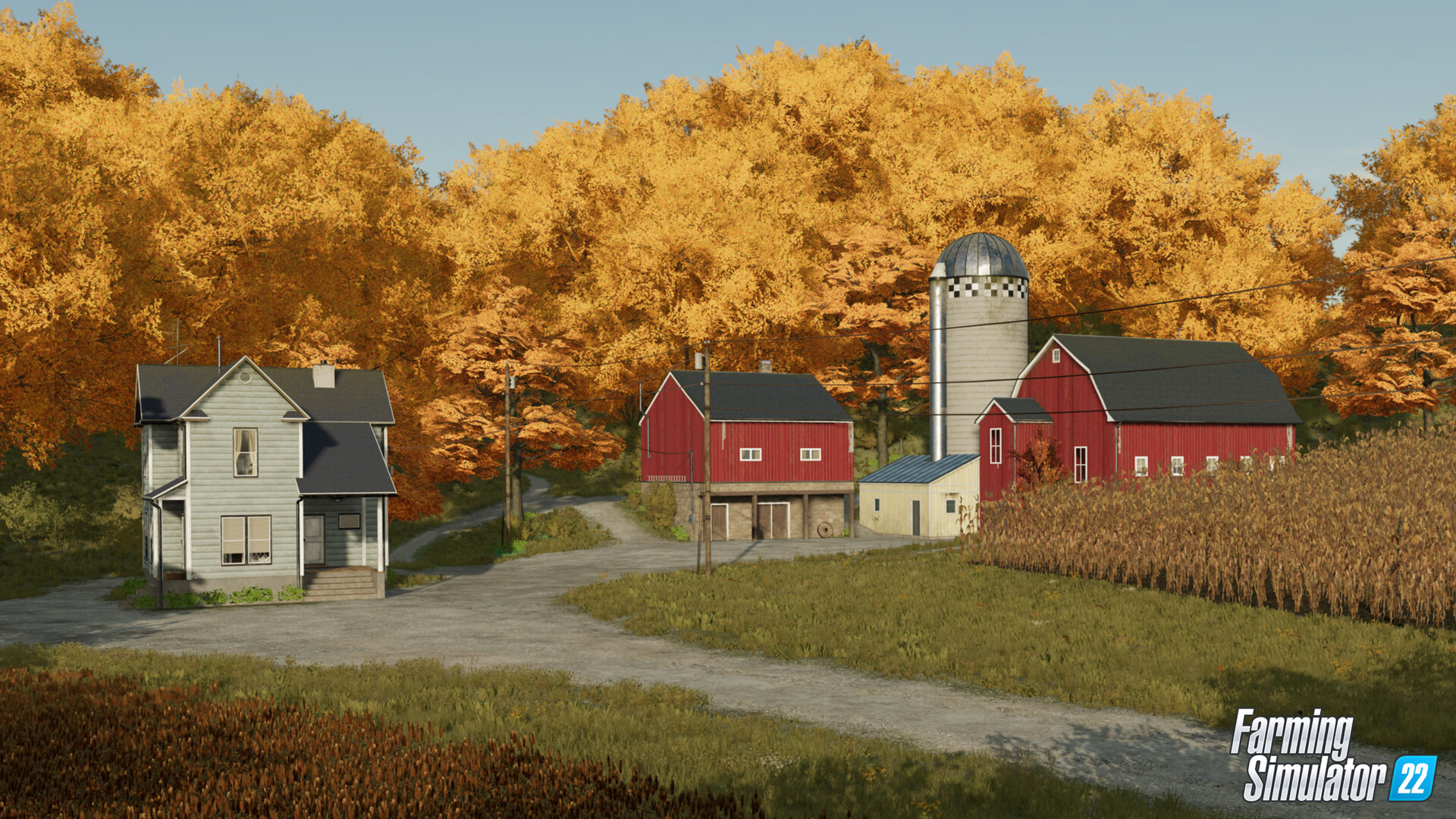 There is now only a few weeks between now and the arrival of the fresh harvest that is Giant Software’s new Farming Simulator 22. The incoming simulator has a lot of new content in tow, and the developer has been showing off more and more of it in the leadup to launch. The most featurette includes a quick video tour of Elmcreek, a map that players will have the option of starting their new journey in Farming Simulator 22.

Based on the American Midwest, the fictional city of Elmcreek is quite expansive in terms of a Farming Simulator map. It features rivers, lakes, forested areas, lots of elevation changes (a carryover from what was learned in FS19), and a heap of different fields to occupy from the beginning (81 in total). The scenery designers have also focused on giving players more space to build their own structures, so there’s a lot more open areas to make use of the revamped building system.

In addition, Giants is also teasing that the new map looks even better than its initial reveal following improvements that have been made to the sim’s graphics engine following player feedback.

Elmcreek seems to be a jack of all trades, offering a solid variety of visual and gameplay elements. It has the space for both agricultural farming and animal husbandry, in addition to enough forested areas to be able to comfortably run a forestry business. 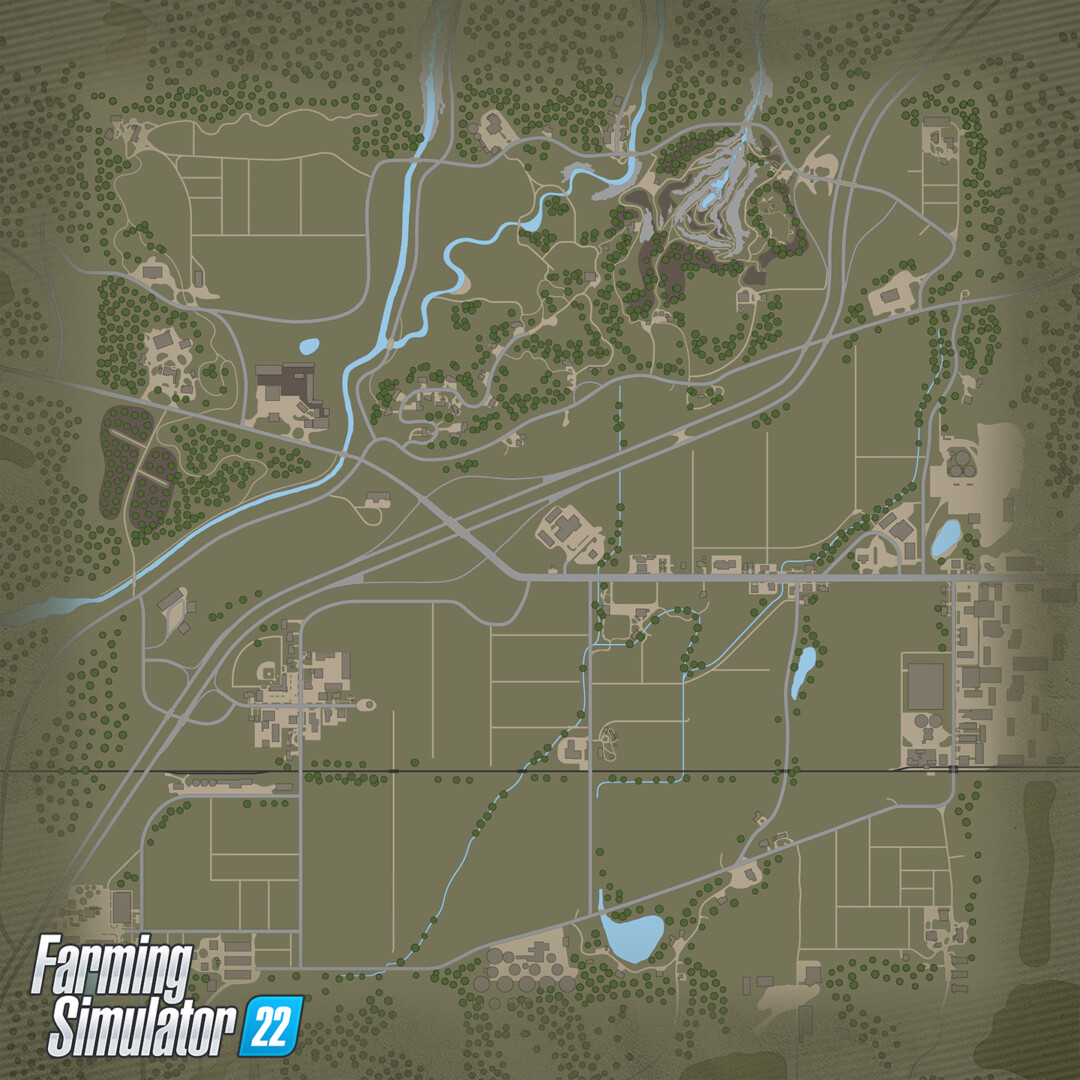 On top of all this, it doesn’t have a metro sprawl that takes up too much room. While there is some decorative scenery for the sake of eye candy, the new production chain gameplay mechanic means that there are a lot of businesses (selling points and production facilities) that will now serve as additional revenue streams. 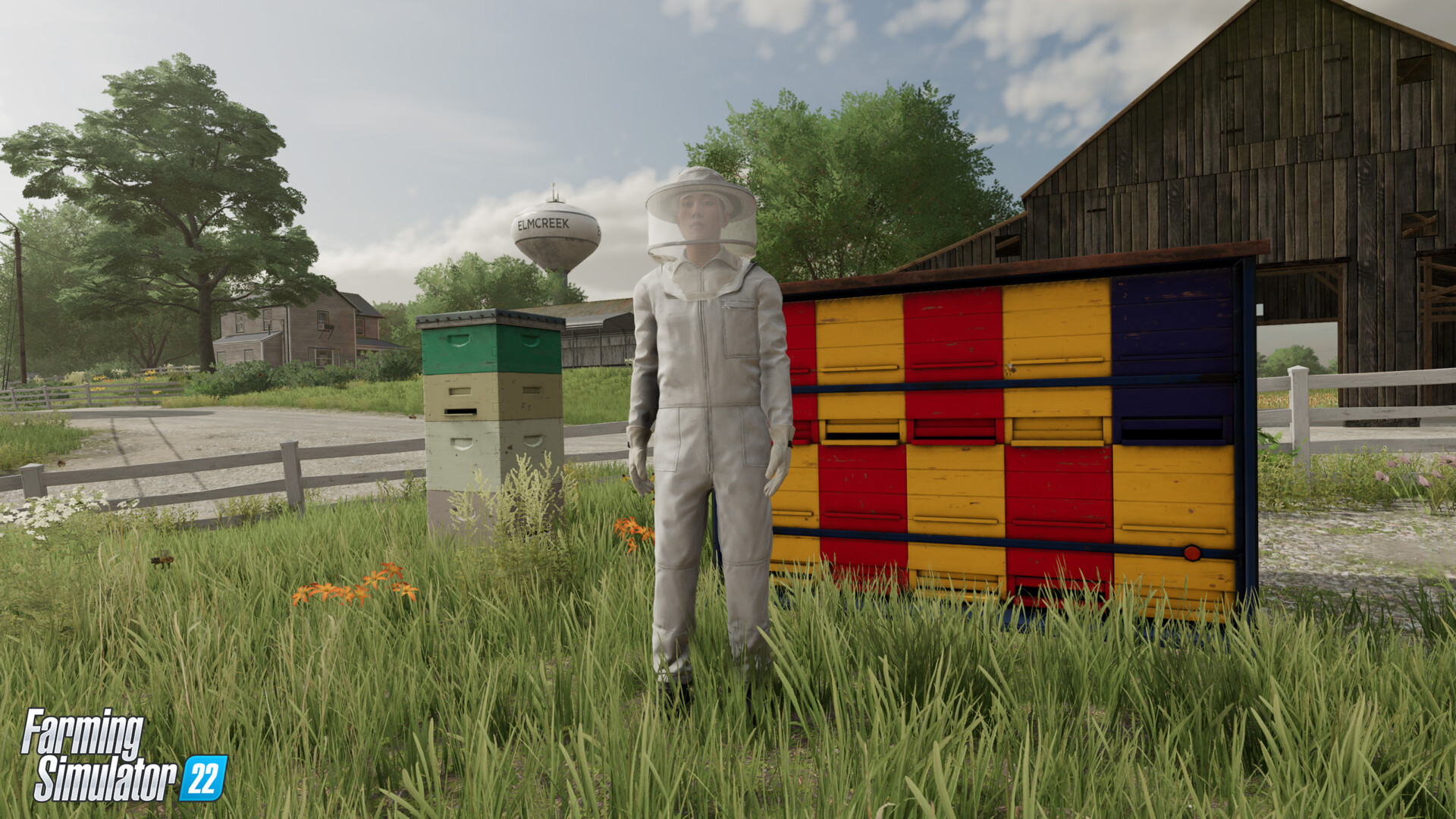 Beyond the showcase of Elmcreek, Giants has also revealed other, smaller new aspects of Farming Simulator 22. Bees are now a thing, and will function much like you’d expect. Players can add beehives to their farm, and even deck out their avatar in a protective suit to handle the hives.

These hives will vary in size, and generate varied level of honey. The honey that’s produced is stored in pallets, which can then be either sold directly or used as part of the aforementioned production chain mechanic. Combined with grains and raisins that are harvested, these products can then be taken to the cereal factory for additional profit. Bees will also serve as a natural form of fertilization, as placing the hives next to your fields (canola, potatoes, and sunflowers), it will increase crop yield thanks to pollination.

Another new mechanic is that of that of greenhouses. Like beehives, these too will come in different sizes, allowing you to grow either a small or large house of different plants. Tied into the new seasons mechanic, greenhouses will serve as a way to continue growing crops even if they’re out of season. For example, you can continue to have a small amount of crops growing throughout the winter in the greenhouses while your main fields are bare. 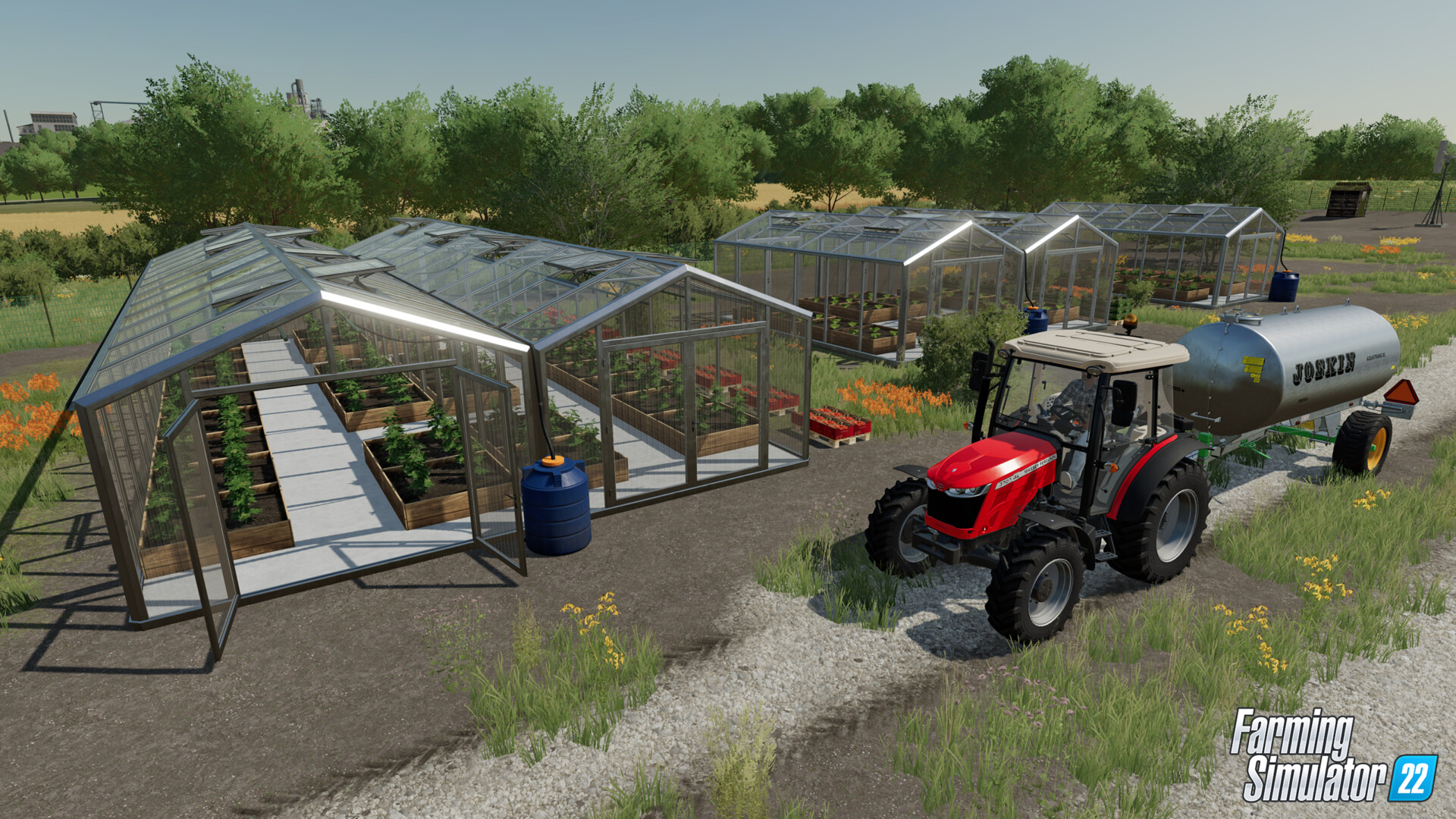 Greenhouses will grow crops that cannot be grown on the main fields, including lettuce, tomatoes and strawberries. Like honey, the output of the greenhouses will be stored by means of pallets. They can be set to be either automatically sold directly or distributed to a production plant (such as sending strawberries to a bakery), or you can handle them manually.

Farming Simulator 22 clearly has a lot of extra content compared to past entries. Players will soon get to experience and experiment with all of the different intricate features once the sim sprouts onto the market on November 22.

The Call of Duty: Vanguard pre-season roadmap is here and it is action packed