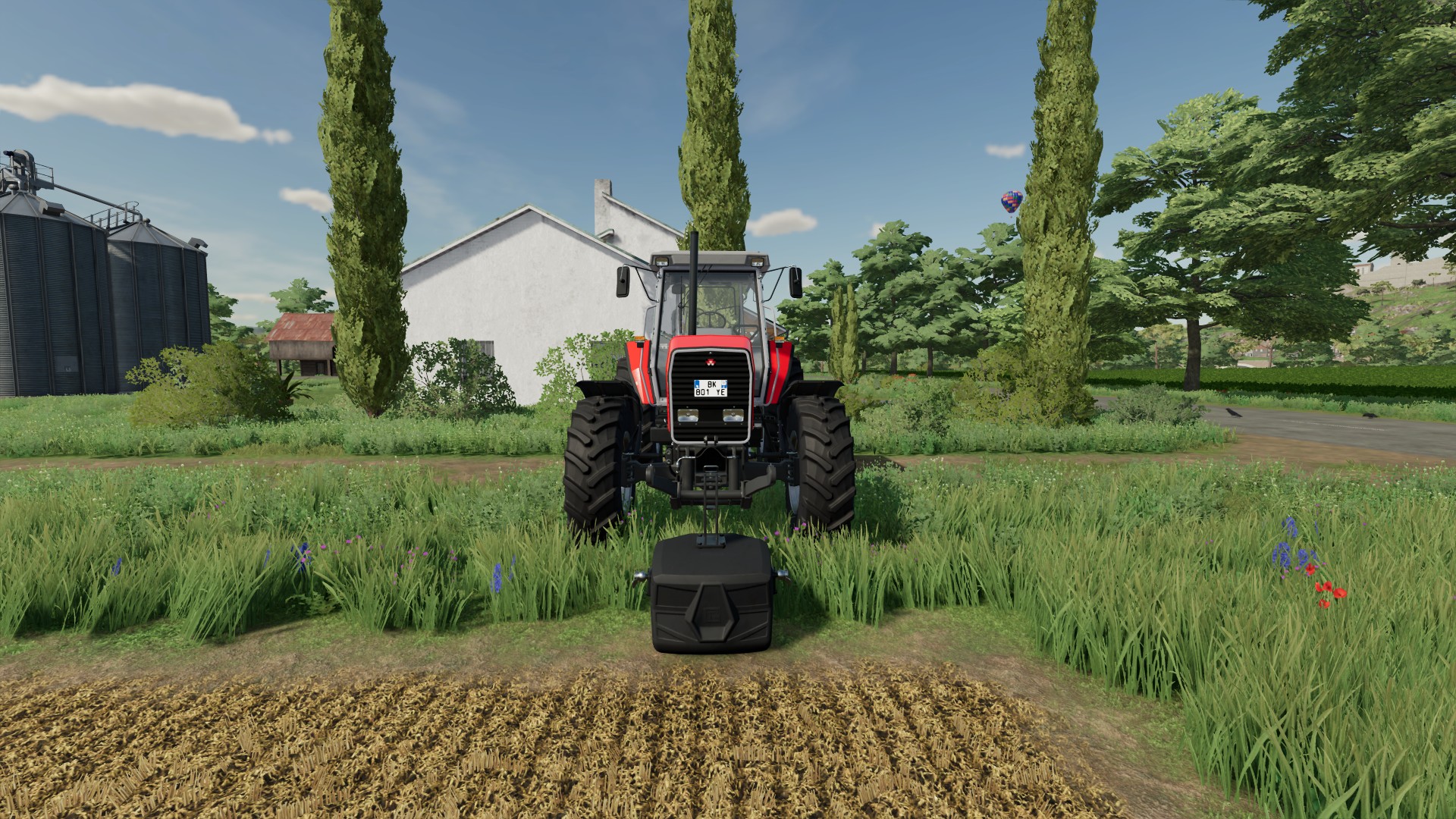 Many games across a variety of genres feature a proper photo mode these days — it’s quickly become an industry staple. Especially ones that like to flex their graphical fidelity such as Microsoft Flight Simulator and Forza Horizon 5 — there are entire communities that have spawned around sharing screenshots from such titles. That being said, Farming Simulator 22 also has a lot going for it in its graphics department, and yet, it lacks a proper photo mode. Or rather, it lacks one on the surface.

With just a tiny bit of tinkering with some game settings, you too can start snapping up a storm in this richly detailed world. Better yet, once you change the setting once, you’ll be good to go from then on. That said, if you’re visiting with the hopes of doing this on a console build of the game, sadly it won’t work since it involves changing a line in one of the sim’s settings files to get rid of the HUD.

Accessing the dev console in-game to eliminate the HUD

Since all we’ve done so far is disable the HUD for this makeshift Farming Simulator 22 “photo mode,” there’s still the matter of manipulating the camera system to frame some good snaps. Because we lack the free camera of a true photo mode, you’ll have to stick with just using the standard in-game camera. Surprisingly, it’s not that bad for these purposes.

When in third person:

This mode is great for getting both wide shots and close-ups at different angles. You can pull the camera in close and get low, resulting in shots like this: 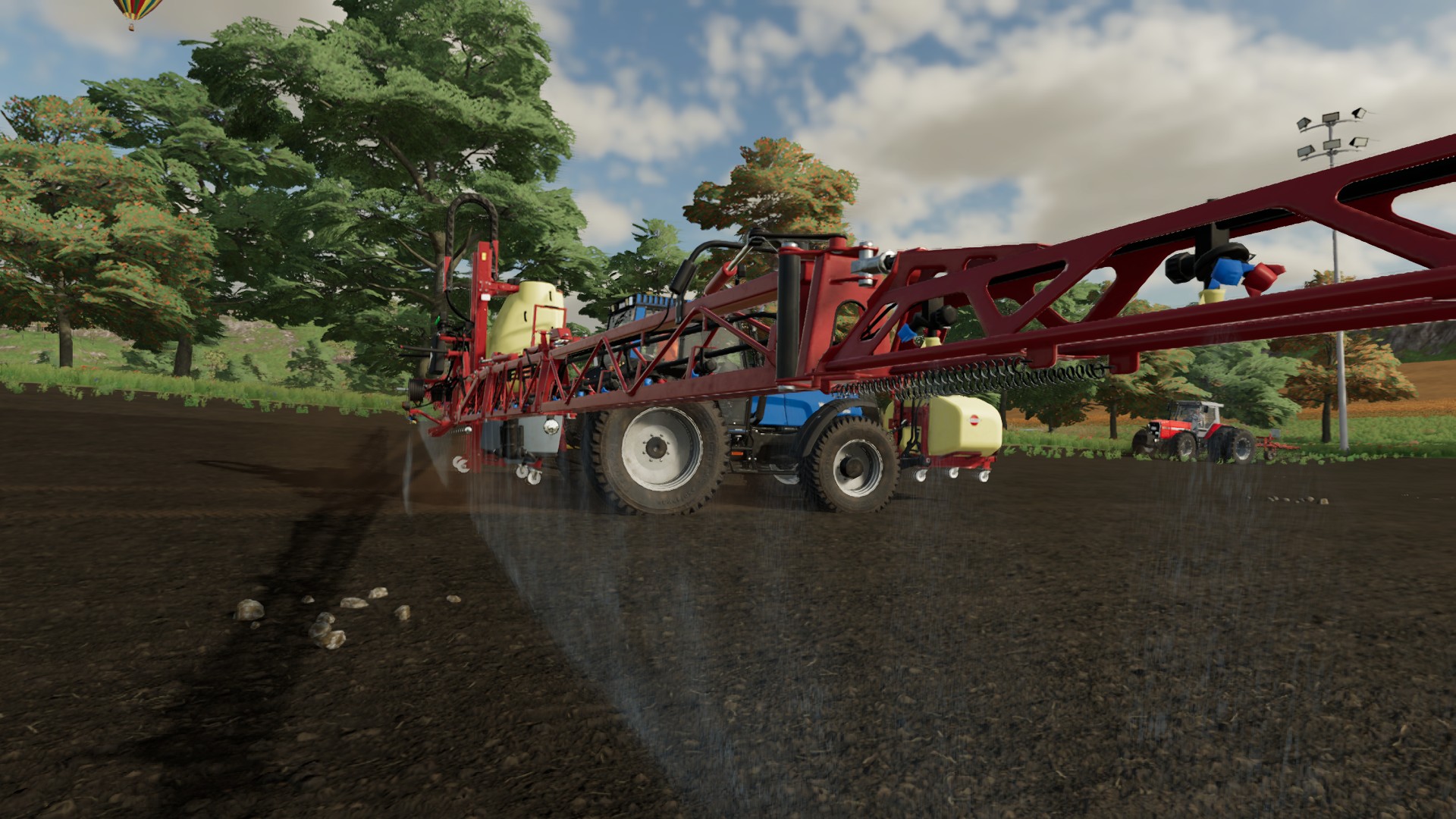 On the opposite end of the spectrum, you can use it to get some really nice wide shots like this: 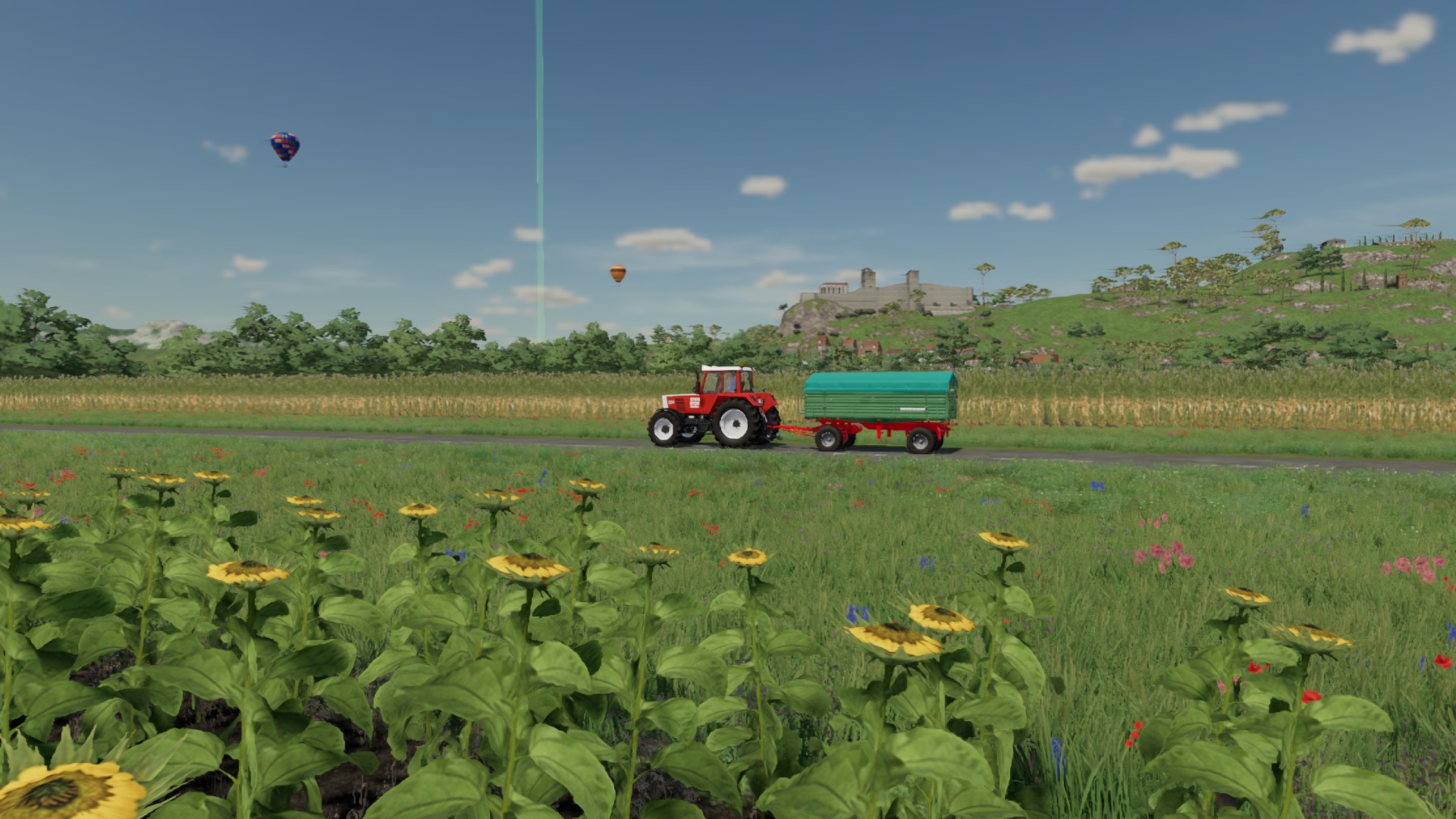 The third-person camera will always stay level with your vehicle, so you’re free to play with the angles and the zoom distance as much as you want to get a good shot. To get even more freedom, activate the AI Worker and allow it to operate the machine while you’re busy taking the picture. I find this to be far better since trying to control the tractors while also snapping away is a bit cumbersome.

When in first person:

The first-person camera isn’t necessarily better or worse than the third-person one for taking pictures — it’s just different. What I’ve done with it is just experimenting with different positions and angles. Because you’re free to go anywhere and the camera is no longer keeping its position locked to a vehicle, it allows for slightly more flexibility, resulting in shots like these:

Another cool trick to try when taking pictures with the first-person camera is to climb on top of vehicles and objects to experiment with different distances and positions. Since you can’t zoom when in first-person mode, the only way to get a close-up or a zoomed out panorama literally is to move your character around. For a more artistic experiment, you can also try using the filters with Nvidia Freestlye (assuming you have a GeForce card). Alternatively, you can also edit your screenshots with your app of choice if you want a very specific, fine-tuned look such as this: 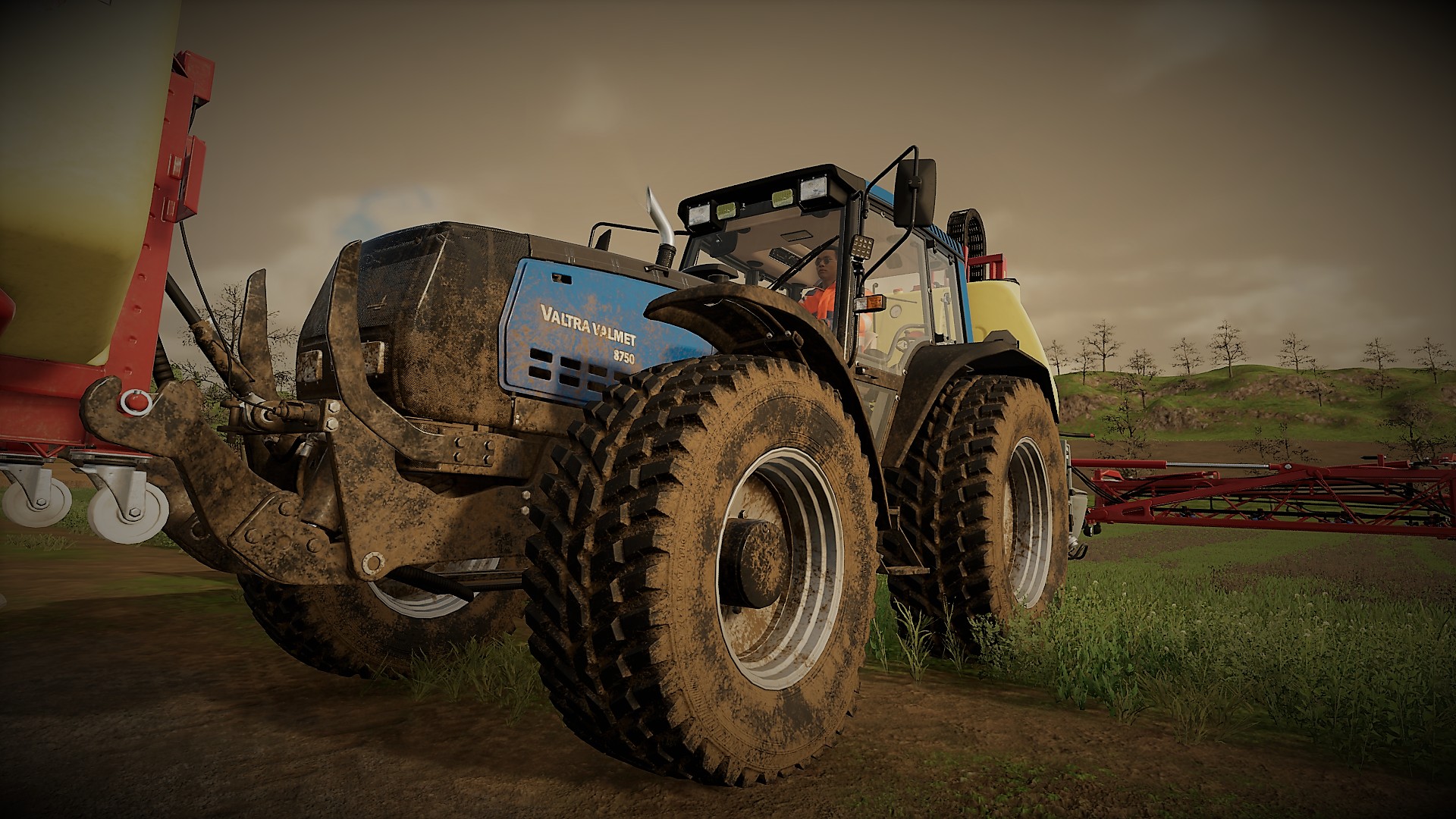 Due to the lack of actual camera tools that you’d typically find in a traditional photo mode, a la the one in Forza Horizon 5, it’s a shame you can’t get some of the effects that would normally come in that sort of package.

Giants should really consider outfitting Farming Simulator 22 with such a tool as its visual fidelity is definitely worth showing off in this capacity. Nevertheless, thanks to this handy trick, at least you can fake it ’till you make it by having the HUD no longer obstruct the screen.