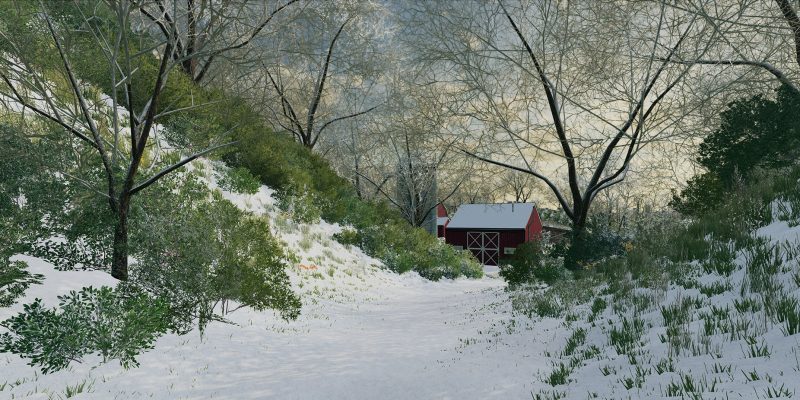 Giants Software has revealed that the exciting new Seasons mechanic in the upcoming Farming Simulator 22 isn’t going to be a replicant of the existing popular mod that started it all back in Farming Simulator 17 and 19.

This comes as part of the first official update blog post from the studio about the new game since its reveal. While Giants didn’t divulge any explicit details about the new mechanic in this post, it did at least drop a few hints, stating that the mechanic “will work differently.” Rather than simply taking the existing functionality from the popular Seasons Mod, Giants has instead created its own custom version of the mechanic. Because it’s all still in development, specific details will be released later down the line.

In the meantime, the studio has provided a clearer look at each of the four seasons that will be in the game:

Though we lack the specific details on the new version of Seasons, the existing popular mod from the Realismus Modding well-documented. Simply put, the Seasons Mod completely overhauls the game in a variety of ways. It switches up the weather system, crop growth, animal behavior, and breeds. It also modifies the textures and soundscape. Specific changes include rotating crops for added realism, less predictable changes in the weather, available daylight matching the season, and more.

These detailed changes are what makes the Seasons Mod so popular since it adds a considerable level of depth to the Farming Simulator experience that the base game sorely lacks. That said, it will be interesting to see just how much further Giants is able to take this. Of course, being the actual development studio behind Farming Simulator 22, Giants will be able to take a deep dive into its game engine (which is also getting a revamp for the new sim) to really flesh out the new mechanic on a code level.

The one drawback to the Seasons Mod is the fact that it’s only a mod, so its features can only go so far. It can also only be applied to specific maps. One key new feature that we know just from simple deduction is that every map should, in theory, support the official seasons mechanic in Farming Simulator 22 by default. But, how much more intricate its feature-set will be compared to the mod is yet to be known.

By Cameron Woolsey13 mins ago