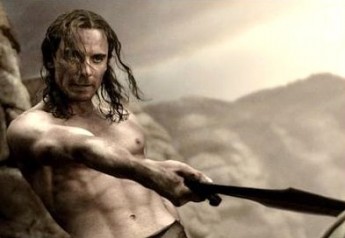 Remember that Assassin’s Creed film idea that keeps popping up like a hooded figure behind a hapless rooftop archer? Well, Ubisoft is at it again, this time announcing that Michael Fassbender (Prometheus, Inglourious Basterds, Shame) is attached to the project as its lead and co-producer (through Fassbenders’ DMC Film company).

Previously, Ubisoft was said to be in discussions with Sony about a series of Assassin’s Creed films, but those negotiations appear to have been inconclusive.

Instead, the publisher now hopes to develop the film (or maybe films) independently, thereby retaining full creative control over the story. Money could apparently be raised through “foreign presales and co-production deals”.

It’s not clear at this point whether Fassbender would end up portraying one of the existing Assassins (or even, god forbid, Desmond), but the project is in such an early stage that we probably shouldn’t get too excited about any of these possibilities as the film may not even get made.

Ubisoft’s last foray into the world of films was Prince of Persia: The Sands of Time which … well, let’s be very charitable and say was a mixed success.