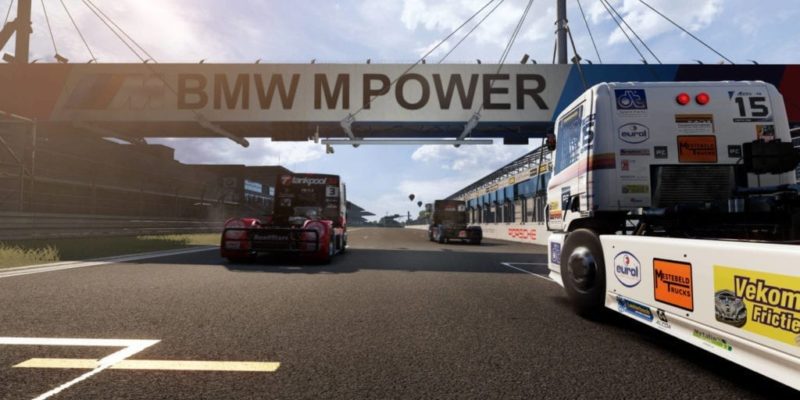 Have a look at the trailer below, which gives a nice idea of the type of sim-racing players can expect from the game.

FIA European Truck Racing will contain all of the series official race tracks. It will also feature 20 championship teams and drivers. Along with this, players will be able to drive 45 official trucks from the series, including Volvo, Mercedez-Benz, MAN, Freightliner, and Western Star, among others. Aside from the official tracks, the game will also contain other notable racing tracks such as Laguna Seca, Fuji Speedway, and Circuit of the Americas.

The game was developed using the KT Engine, which has been used in games like WRC, TT Isle of Mann, and V-Rally.

Anyone unfamiliar with the FIA (Fédération Internationale de l’Automobile) would recognize some of the racing series that it governs. The organization oversees a number of worldwide racing championships, most notably Formula 1, WRC, and several touring car leagues. The FIA has made its presence in video games more prominent over the years.

The FIA European Truck Racing series has seen very few game releases in the past. There was Mercedez-Benz Truck Racing, which came out on Windows in 2001. There was also Super Trucks Racing, which released on the PlayStation 2 in 2003. The FIA’s larger, more well-known series tend to take the spotlight in gaming, most notably Codemaster’s F1 series, as well as the WRC FIA Rally games. FIA European Truck Racing looks to be an unusual, off-the-wall type of game. For those who like their racing games to be a little different from the norm, this title should be perfect.

Will you be playing FIA European Truck Racing Championship? For me, this looks to be just the kind of racing game I enjoy. I remember playing Dirt Track Racing on PC, which featured real-world sponsors like Pennzoil or Gumout. I’ve always had a particular fascination with racing games that are outside of the norm. Something about seeing these freight liners take the raceway is just strange and exciting.

By Elise Nelson9 mins ago
News