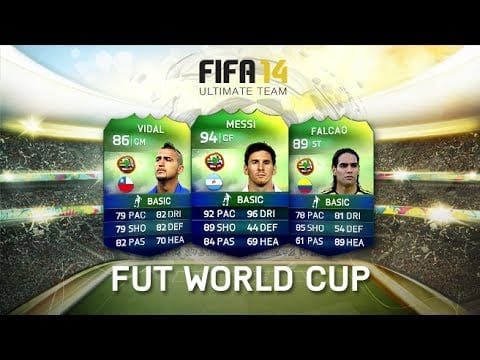 The PC may not be getting a spin-off World Cup edition of FIFA this year, but FIFA 14’s Ultimate Team is going to have a free World Cup mode. It’ll be released on 29 May, and will basically let you play Ultimate Team with players from the 32 competing National Teams.

Of course this is partially a way for EA Sports to flog even more player packs, but everybody gets a starter pack for free and while you won’t be able to transfer World Cup players you may be able to grind enough virtual coins through play to have a decent time without spending real cash. Items in World Cup Ultimate Team will be untradeable, but if you actually do buy a World Cup pack you’ll get a Gold Pack from regular UT as a freebie.

This, along with new chemistry mechanics for the World Cup is all explained in the announcement trailer, below. Time to prepare my plans to take a squad of Algerian-Korean hopefuls to glory.