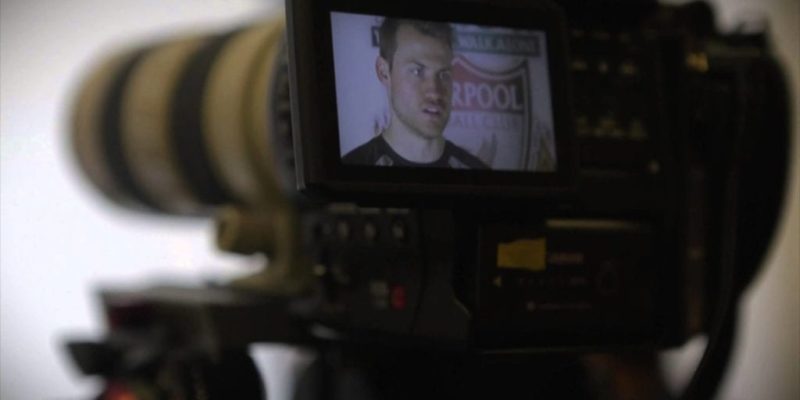 An alternate-reality version of Joe Allen.

Alright, so the Penny Arcade Expo or whatever is going on down the road from me (note: “down the road” in America means seven hours away,) but here’s a FIFA 15 trailer about shiny faces. Faces have always been important in FIFA games, because they help you identify how real life football players would look if they were all made of plastic and had bizarre expressions.

This video is a Liverpool-centric affair, so you get to see little bits of virtual Anfield inside the FIFA 15 engine (see, seats looking like they’re made of plastic is fine.) You also get to watch Simon Mignolet and Joe Allen pretend to be enthusiastic about the game. They don’t pretend all that hard, though. Or maybe they really do love FIFA, but they’re a bit sleepy from training or something.

Then you get to see what both of them look like in the game itself. Facial rendering technology has apparently reached that point where you can recognise who the person is supposed to be, but they still look a bit wrong.

FIFA 15 will be released on 23 September this year. There might be a demo coming out on 9 September, but that’s still unconfirmed. This year’s version will have parity across PC, PS4 and Xbox One, which is notable because the PC used the old engine for FIFA 14.