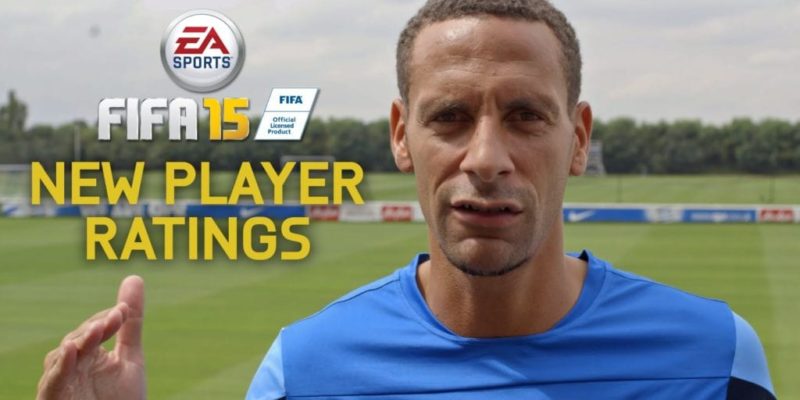 Cheer up Rio, you can always edit your stats later.

With the game out later this month, the time has come for EA Sports to count down the top rated 50 FIFA 15 players. As a sneaky method of teasing this process out as long as possible, you’re only getting players 50-41 today.

There’ll be ten more released every day this week, culminating with the top 10 on 7 September.

Today’s set includes Luis Suarez’ favourite bite to eat, the Italian defender Giorgio Chiellini. He’s at number 50, with fellow Italian Andrea Pirlo sat at number 49. Are there really 48 better players in the world than Andrea Pirlo? Perhaps. But if this were a countdown of the top 50 beards, he would surely be in with a good shout of winning.

Number 45’s Hugo Lloris has a decent beard too, but he’s no Pirlo. There are also a lot of former Spanish World Cup winning players in the lower 40s, perhaps reflecting that their peak years are now behind them: players like Xabi Alonso, Iker Casillas and Sergio Busquets. Fabregas seems to be having a bit of a league renaissance back with Chelsea, mind you. He’s at 46.

Along with these first ten players, EA Sports has released a video showing Rio Ferdinand (and others) getting a big indignant about their personal stats. FIFA 15 will be released on 23 September.