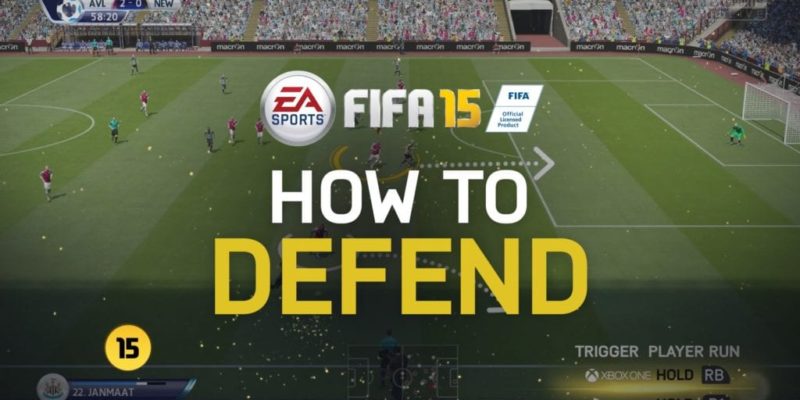 Ask a regular FIFA 15 player “how do you defend in this game?” and you’ll probably get a variety of answers, from fearsome invective to a sad chuckle. It’s one of the most contentious aspects of this … well, last … year’s game.

Initially, it seemed incredibly tough. Even a 60-ish rated League One striker could pull off several successive changes of direction, making him rather difficult to pin down. Trying to tackle someone like Robben was basically a waste of effort.

The most recent FIFA 15 patch, 1.04, has made defending much easier again. Too easy, according to the people who liked how it was the first time around. Or maybe not easy enough, according to others. Now, all the players are back to turning with the sluggish efficiency of a small fishing trawler, just like in FIFA 14.

Anyway, this tutorial for defending is pretty basic stuff. Presumably intended for those who got the game at Christmas or something, rather than the people who’ve plugged away at it for more than three months.

You’ll learn important techniques such as … err .. don’t just madly sprint towards someone and hope you can tackle them. Timing is important, and stuff. Don’t expect any groundbreaking revelations here, unless you’ve only just started playing.

Also, remember never to attempt tackling anybody in your box. The referees in this game are all jerks.