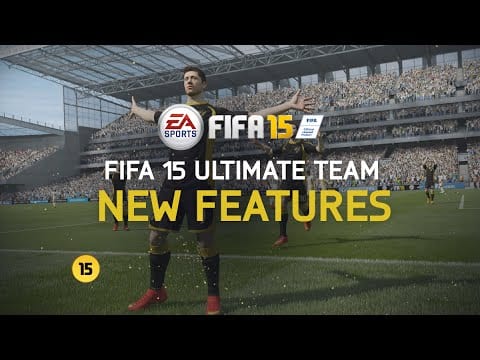 Be prepared to look at this screen for a while.

EA Sports has declared that the doors are now wide open on the FIFA 15 Ultimate Team web app, which inevitably means the service is getting hammered at present. First you have to make it through a two-step log-in process on Origin, and then it has to load the page itself. Tricky, when the servers are under such strain.

So, while EA makes room on their servers to handle 500 billion football fans at once, here’s a trailer detailing some of FIFA 15 Ultimate Team’s added features. It includes bits and pieces about the new loan system (where you can pay some in-game currency to get a star on your team for a limited number of matches) and the ability to play Ultimate Team friendlies against, well, friends.

Update: Wait, hold on, the web app is actually now loading (very slowly) for me … And now it’s an endless spinning circle with a 15 in it. Might be a while before this is all up and running smoothly.

Here’s the latest from EA on the functionality:

The team is working to have the Web App accessible for more gamers. Functionality will be slower than usual due to high usage. #FUT

FIFA 15 is coming to the PC on 23 September in the US, and 26 September around Europe. Because it still doesn’t have a worldwide release date yet, even though this is 2014.