It’s a big day for those FIFA 15 players who approach Ultimate Team like a mixture of the stock market and Pokemon, as EA reveals the Team of the Year cards.

From this very moment, it’ll be possible to get stat-boosted Team of the Year versions of Manuel Neuer, Sergio Ramos, Philipp Lahm, Thiago Silva and … David Luiz. Yes, David Luiz is apparently one of the Defenders of the Year. Possibly because of all the hearty cheer he brought to everyone except Brazil during the World Cup?

It’s not like he’s exactly been a rock at Paris Saint-Germain either. Oh well. EA and the FIFPro World XI voting system move in mysterious ways.

The rest of the FIFA 15 Team of the Year line-up can be seen in the following twitter post and in the image below. Other players will become available in packs at a later date. Goalkeeper and defender cards will be around until 6pm (UK time) on 14 January. 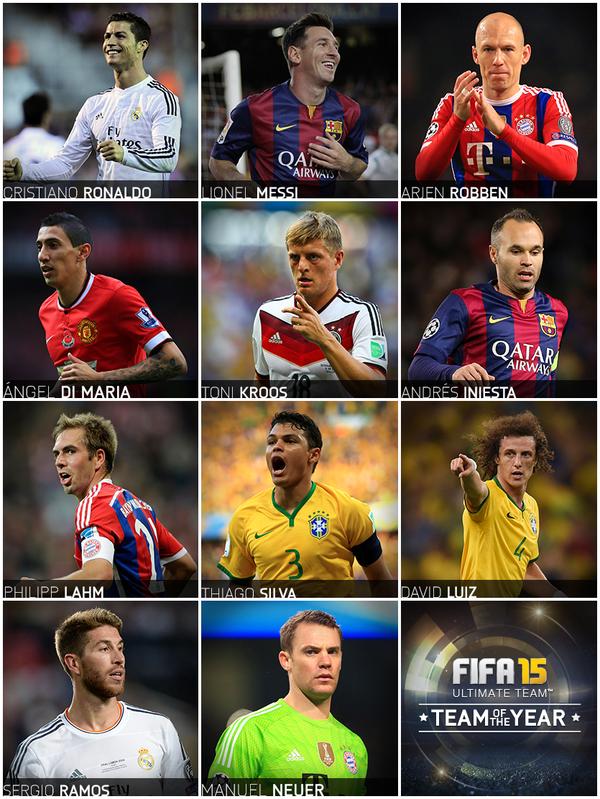 25K packs are said to be available for all of the rest of the day, with 15K “no limit” packs sticking around from now until the end of the week. As is usually the case, this is going to have a pretty profound effect on the rest of the FIFA 15 Ultimate Team transfer market.