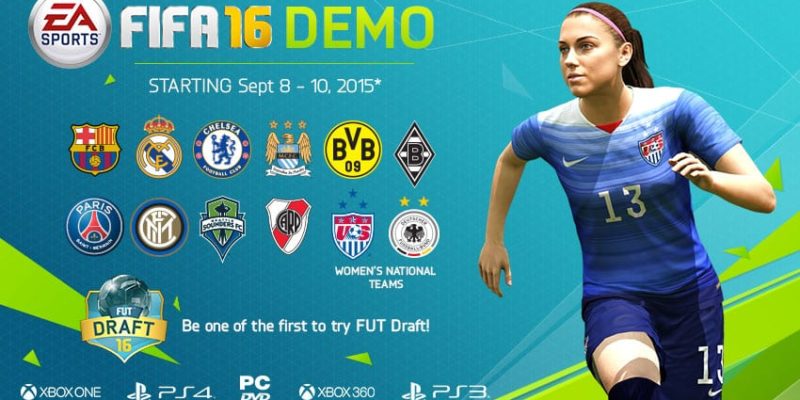 EA hinted that the FIFA 16 demo would release around the 8 Spetember at Gamescom last month and this morning there was confirmation of its arrival.  In fact it’s just been released on consoles in some regions but not yet for PC here in the UK as yet. Keep an eye out for it though as it could appear any minute.

Edit: It is out now on PC (at least in North America). Find the FIFA 16 page on Origin and look for a “Try the demo” link. Clicking this will start the installation. For some reason, the demo isn’t on the separate “Demos and betas” page yet.

The demo includes the following:

Two women’s teams also appear in the demo including the World Cup Champion U.S. Women’s National Team and Germany. The club teams include:

The Witcher 3 expansion gets a trailer and release date