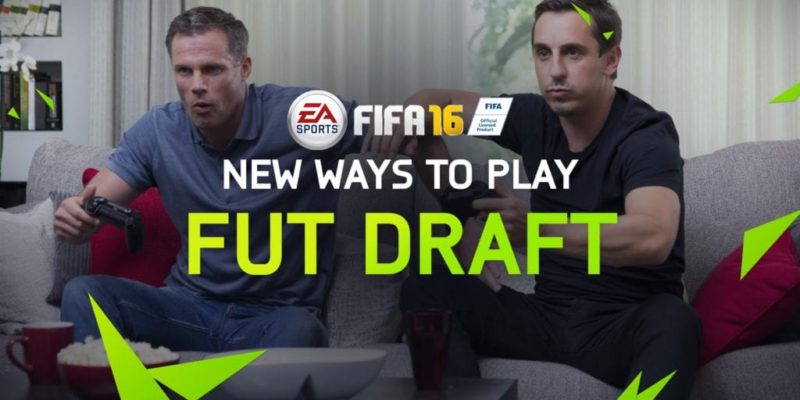 Keeping in mind the local time is 2am here and my emotions are in a heightened state of sleep deprivation, I’m still feeling unreasonably surprised that EA’s Gamescom event has revealed that FIFA 16 will actually add some changes to career mode.

They’re not huge changes, but they do seem worthwhile, and it makes a change from them only paying attention to Ultimate Team (which is also getting a new mode, but we’ll deal with that in a bit.)

Right, so, in FIFA 16’s career mode you’ll now be able to take part in proper pre-season tournaments for your club, rather than just being allocated random friendlies. More importantly, a specific player training system is being added, which implies that you’ll be able to develop first and youth team players in a way of your choosing. Instead of them just periodically gaining a stat point here and there.

It was also mentioned that there would be “improvements to scouting and transfers” across the board, though this wasn’t really elaborated on in any meaningful way so it could be a load of rubbish.

Over in Ultimate Team land, FIFA 16 will be gaining a ‘Draft Mode,’ which is basically a quick version of the main UT involving the best set of players. You select one of five formations, select a captain, and then fill in each position on the field from a handful of limited superstar choices. Apparently rewards gained in this mode (again, the specific ‘rewards’ were unclear) will carry over to your main UT squad as well.

Below, you can see Gary Neville and Jamie Carragher playing around in Draft Mode while also bickering like children. There’s also a more generic cinematic trailer, which you can see under that first one.