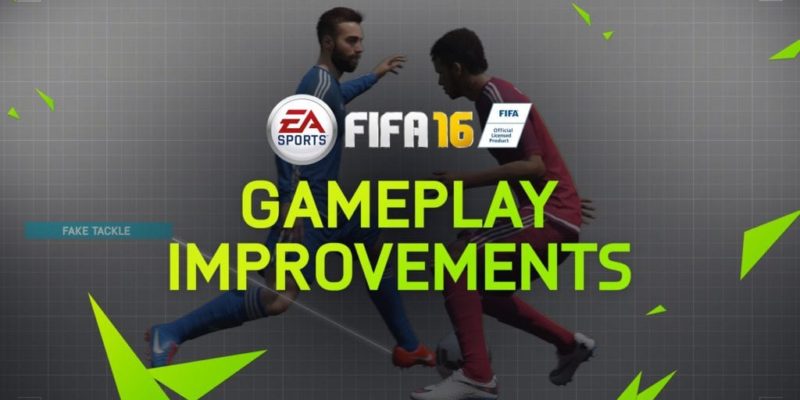 Last year, lots of big promises were made about how incredibly amazing the ‘next gen’ goalkeepers were going to be. You can tell how well that went by watching this latest trailer and listening to the segment about how, no, seriously, this year goalkeepers will be working properly and be “much more solid” and stuff.

So, defenders in FIFA 16 will have greater ‘agility’ and more options for tracking the faster, dribble-happy players. You’ll be able to do ‘fake tackles,’ mid-air tackles, and even be able to pull out of sliding tackles if you fancy. Those all sound pretty useful in theory, and defending did need a boost from the ineptitudes of FIFA 15, so that’s all fairly encouraging. Probably.

In midfield, there’ll be ‘interception intelligence’ which is basically fancy way of saying players will stick out a leg to block attempted sloppy passes. If this does anything to address the persistent FIFA problem of players standing gormlessly still as a pass approaches them, instead of moving towards the sodding ball, then I’ll be quite happy. If it just makes it impossible to thread passes through the midfield thanks to laser-reflexed AI players, I won’t.

There’s some talk about precision passes as well, but the footage doesn’t make these look any different from the regular FIFA passing system, so it’s not really clear what that’s all about.

Crossing has been altered so that double and triple-tap crosses are now the type that whips in behind the back line. Making more space for the cross will give your player the chance for a more accurate center. Again, in theory this sounds pretty good for FIFA 16. In reality … we’ll see.

FIFA 16 will be out on 22 September. Here are the PC specs if you missed them last week:

Game of Thrones Episode 5 screens unveil a Nest of Vipers