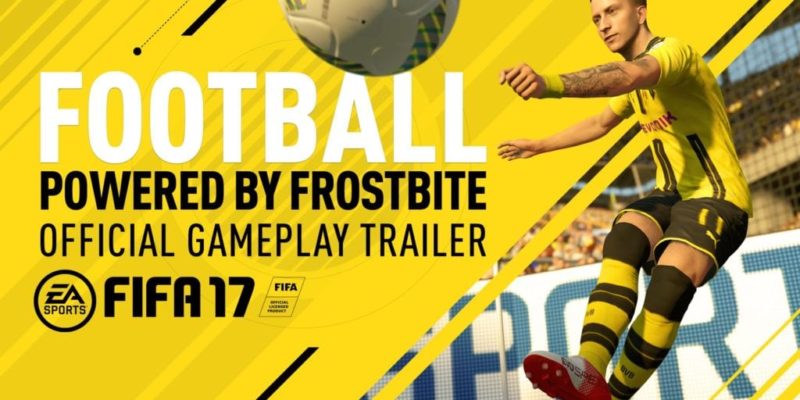 In what must surely go down as one of the most drawn-out and tedious press ‘events’ in recorded history (and I like the FIFA games), EA mentioned a couple of FUT additions in FIFA 17. They are Squad Building Challenges and a Weekend League, which will provide a competition for the players of highest skill.

The FUT 17 squad building challenges in FIFA 17 are basically little nudges for you to use acquired cards that you’d normally just discard or quick-sell away. It gives you squads to set up with specific restrictions, like having to use four nationalities and maintain a chemistry of 80 (or something much simpler like ‘use a bunch of bronze players’), then provides rewards (more card packs, or individual player cards) for completing them.

When you complete a squad you trade it in, so it’s best not to chuck your valuable cards at it (unless you’re guaranteed to get something much better back). This was all demonstrated during EA’s event in painstaking detail. By complete chance, the squad building challenges also sound like a way to get people to blow more money on card packs to ‘complete’ additional squads. Fancy that!

After that endless segment, the event moved on to something that actually involved playing games of FIFA 17: The Weekend League for FUT 17. This is basically an upper-tier league that FUT players can qualify for by winning regular tournaments and online divisions. Earn a spot in the league, and then “Compete to win as many games as you can from a set number of matches, and push for higher tiers and bigger in-game rewards.”

In addition, there was a new, official trailer released for the game.