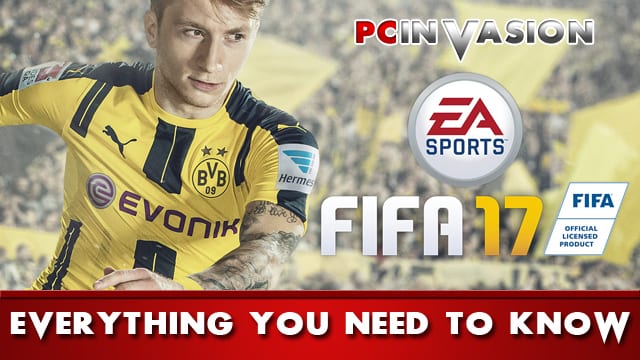 EA Sports’ annual football series will, unsurprisingly, be returning on 27 September in the form of FIFA 17. Traditionally, GamesCom is the period when EA start releasing a deeper look at gameplay, but since E3 2016 plenty of details have been revealed. Read on for the latest on new features, returning modes of play, and the trailers released to date.

Eleven men exert themselves against eleven other men in a battle to move a spherical object into a net more times than the other guys. It’s football.

This year, FIFA 17 is making a switch to the Frostbite Engine (used by EA in almost every other game they publish). As well as potentially making the game look a bit prettier, especially in regards to lighting, the most exciting prospect for Frostbite is a potential overhaul of all the legacy engine code that’s been holding FIFA back for the past few installments. It may well introduce new quirks too, but hopefully some of the old annoyances will be eradicated.

The other headline feature this year is the addition of a story mode called ‘The Journey’. Think of this as being a bit like the narrative career mode in NBA 2K16. Except probably not directed by Spike Lee. You’ll play as Alex Hunter, an up and coming Premier League star, as he tries to make a name for himself as a footballer. Hunter cannot be customised in any way (probably too much hassle re-doing cutscenes or something), but will be able to play for any Premier League team (not just Man United, who are being used in most of the promotional materials).

FIFA 17’s David Rutter has directly thanked BioWare Edmonton for their help on The Journey, which probably explains why Hunter will have Mass Effect style conversation options in interviews. He’ll be able to reply in ‘fiery’ or ‘modest’ ways, which will in turn affect his relationships with certain characters. No word yet on whether Hunter can romance an alien Jose Mourinho, but fingers crossed eh?

The gameplay stuff discussed so far has focused on four main areas. First, players should have more control over set-piece deliveries. That means being able to approach a penalty run-up any way you want. Walking the line and doing dummy throws at throw-ins. Picking people out with greater accuracy and reliability at corners (there’s now a little cursor indicator to move around for where you ‘aim’ the corner). More spin and control over the movement of direct free kicks (free kicks, like corners, now have the aiming cursor, but you can optionally switch back to the familiar view behind the kicker if you wish).

In attack, players will be able to shoot with a ‘driven finish’, keeping the ball low (which I’m pretty sure appeared in prior FIFA titles in some form or another), and direct downward headers (which does sound new). To help with claiming and retaining possession, there’s said to be an overhaul of the physical interactions between players. It’s hard to make much judgment on this without playing the game, but it’ll including things like being able to shield the ball while dribbling (again, something that actually sounds like a familiar feature).

Finally, there’s a rather nebulous ‘active intelligence system’ in FIFA 17 which EA claims will give AI players better spatial awareness and encourage them to make smarter runs into space. Sounds decent, if it works.

FIFA 17 will also include likenesses of every Premier League manager, so you’ll see Jurgen Klopp, Mourinho and the rest on the sidelines during games.

Four ‘in-house’ developer interviews have been released to date on the subjects mentioned above:

Career Mode will be getting some changes too, namely to board expectations and the financial side of the game.

In previous recent FIFAs, the board of your club would set you league and cup targets, ranging from “look, just don’t be terrible” if you were controlling a lower league club to “win everything, obviously” if you were playing as Barcelona. Repeated failure to meet expectations would hasten your departure.

For FIFA 17, the board will also be concerned with ‘Youth Development’, ‘Financial’, and ‘Brand Exposure’. You’ll also have a ‘Manager Popularity’ rating, which will correspond to how well you’re doing in the job. Examples of objectives you’ll be given in FIFA 17 include things like “Promote youth players, return to the top division, expand your club’s brand in Asia [and] sign world class players”.

Judging by the released screenshots, some of these objectives will now span across multiple seasons. One image says (if you squint hard enough) “Within 2 seasons in the Champions Cup, win the cup”.

On the financial front, FIFA 17 will give all clubs a ‘Club Worth’ rating (can’t wait to see EA’s estimate for Oldham Athletic), and a new set of financial menus will give “a detailed breakdown of your income from transfers, loans, match-day revenue, media and merchandising, [and] your outgoings on player and scout wages, youth facilities, stadium maintenance and travel”. That’ll presumably help you meet the board’s financial goals.

As well as all that, you’ll be able to select one of eleven default manager avatars to prowl the touchline in your place. Based on the screenshot it looks like you’ll be able to switch between three different outfits (probably suit, tracksuit, different coloured suit) too.

Pro Clubs is getting some pretty substantial changes this year. Player Growth has a new system (with traits), and both kit and badge for Pro Clubs teams can be customised.

For FIFA 17, Player Growth in Pro Clubs will be based on your player’s overall match rating. This is intended to encourage team-work and co-operation (which, after all, is what Pro Clubs should be about). Your out of 10 match rating will boost individual attributes at the end of a match. These will develop according to your chosen position, so forwards in FIFA 17 will see boosts to Shooting stats ahead of Defensive ones.

However, you will have control over which new traits to adopt. Skill points (earned in-game) can be spent on a variety of traits, affecting “Physical, Defending, Dribbling, Passing, Shooting, Pace, or Goalkeeping”. Pick the ‘Giant Throw-In’ trait for example, and you’ll get a boost to long throws.

In terms of club customisation, there will be 24 Pro Clubs kit templates to select from in FIFA 17 (hoops, stripes, all of that stuff). “Primary, Secondary, and Tertiary colours” can be chosen, to really nail that winning combination of lime green, fluorescent pink, and turquoise. A crest shape and design can also be customised, giving you a unique(ish) badge to wear in Pro Clubs.

Ultimate Team will be getting some new additions, as revealed by EA at GamesCom. They are Squad Building Challenges and a Weekend League, which will provide a competition for the players of highest skill.

The FUT 17 squad building challenges in FIFA 17 are basically little nudges for you to use acquired cards that you’d normally just discard or quick-sell away. It gives you squads to set up with specific restrictions, like having to use four nationalities and maintain a chemistry of 80 (or something much simpler like ‘use a bunch of bronze players’), then provides rewards (more card packs, or individual player cards) for completing them.

When you complete a squad you trade it in, so it’s best not to chuck your valuable cards at it (unless you’re guaranteed to get something much better back). This was all demonstrated during EA’s event in painstaking detail. By complete chance, the squad building challenges also sound like a way to get people to blow more money on card packs to ‘complete’ additional squads. Fancy that!

The Weekend League in FUT 17 is basically an upper-tier league that FUT players can qualify for by winning regular tournaments and online divisions. Earn a spot in the league, and then “Compete to win as many games as you can from a set number of matches, and push for higher tiers and bigger in-game rewards.”

Women’s teams (national sides again, most likely) have also been re-confirmed for FIFA 17.

A demo of FIFA 17 was released on 13 September. It features the usual ‘Kick-Off’ friendly mode with twelve teams, and a section of the ‘Journey’ mode. 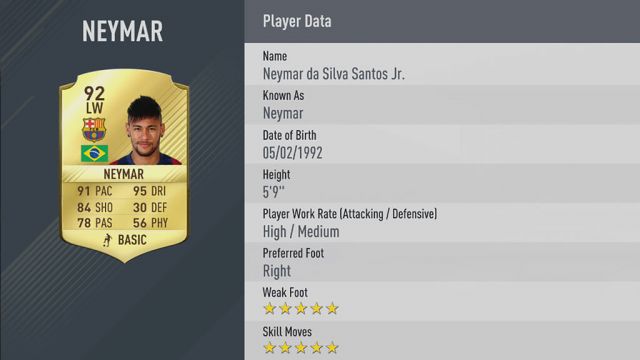 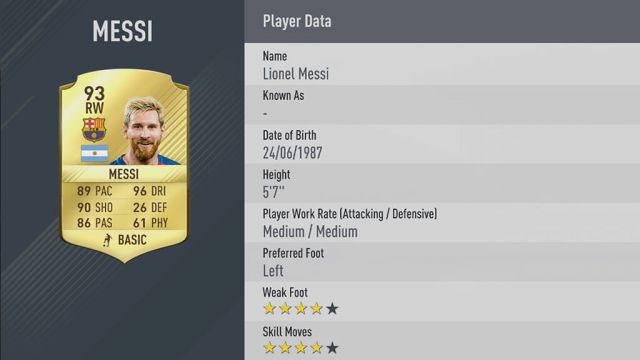 There are, of course, multiple pre-order versions of FIFA 17.