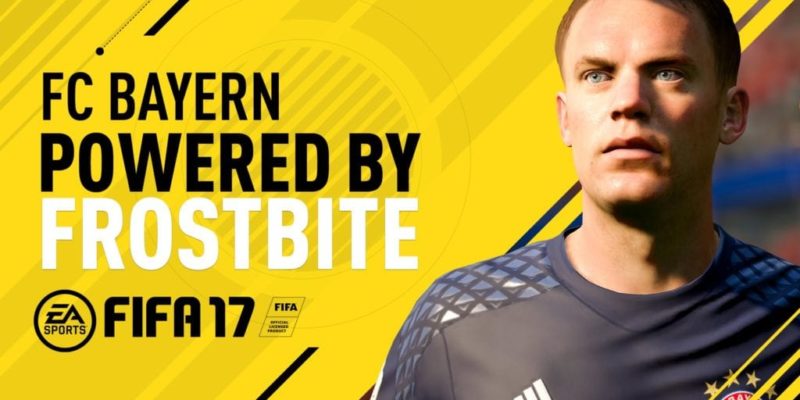 EA have been continuing their merciless campaign of corralling footballers into rooms full of facial capture technology, and then releasing the headscan results as FIFA 17 promo shots. This week, it’s the turn of FC Bayern Munich.

Like Juventus, Bayern are an “official partner” of EA Sports, which means their team gets the full headscan treatment. Have a look below to see how players like Manuel Neuer, Arjen Robben, Robert Lewandowski, and Jerome Boateng turned out.

This page from the FIFA 17 site also confirms that (in case there was any doubt), the Allianz Arena will be recreated in-game with the Frostbite engine too.

Here’s a video, showing a bit of the headscanning process and a few FC Bayern players doing their thing in the game itself. Someone needs to have a word with the director though, because this trailer shows an in-game Robben crossing the ball rather than cutting inside onto his left foot. Surely some mistake.