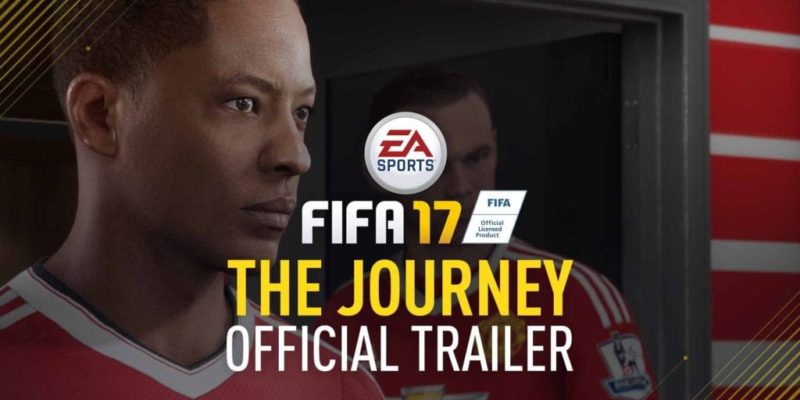 Ahead of EA’s E3 2016 press event, which will no doubt feature FIFA 17 in some form, they’ve revealed a new narrative mode for the game. Dubbed ‘The Journey‘, it’ll follow footballing hopeful Alex Hunter as he (you) try to make it at a Premier League club.

It looks like you’ll always be Hunter in this mode (although he might be somewhat customisable, it’s not yet clear), but you will apparently have the choice of pitching up at any of the teams in the Premiership. So you can try to lead Middlesbrough to glory if you fancy. Hunter’s career will be “impacted by your performance on the pitch, and the decisions you make off of it,” so maybe stay away from the booze, eh?

It looks like you’ll be doing things like giving answers in press conferences, which hopefully won’t be too bland and sanitised (though if they are, that’ll at least be accurate for most Premier League interviews). FIFA 17 comes out on 27 September, and will be using the Frostbite Engine (Battlefield series et al) this time around.