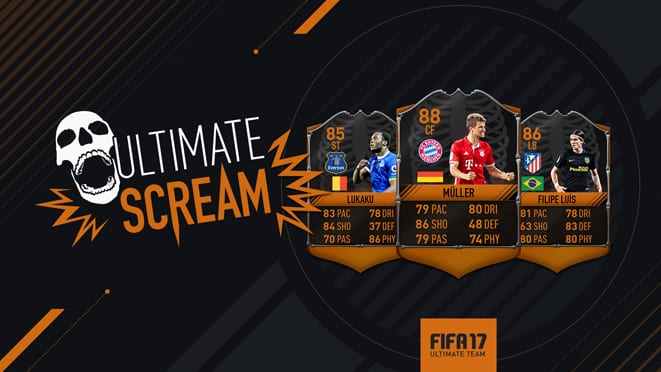 FIFA 17 is getting in on the Halloween theme with an Ultimate Scream FUT event, launching today. From today, twenty three players (here’s the list) in the ‘Scream Team’ will show up in FUT packs.

They’re unique items with upgraded ratings and special card designs, but come Halloween itself they’ll transform into something even more horrifying. Well, ‘horrifying’ if you’re playing against them. Between 28 October and 1 November (10am Pacific), all of the Ultimate Scream players will get temporary stat boosts.

The 23 Ultimate Scream players will be tradeable, and can be used in FUT Champions and the Weekend League.

FIFA 17 - Everything you need to know