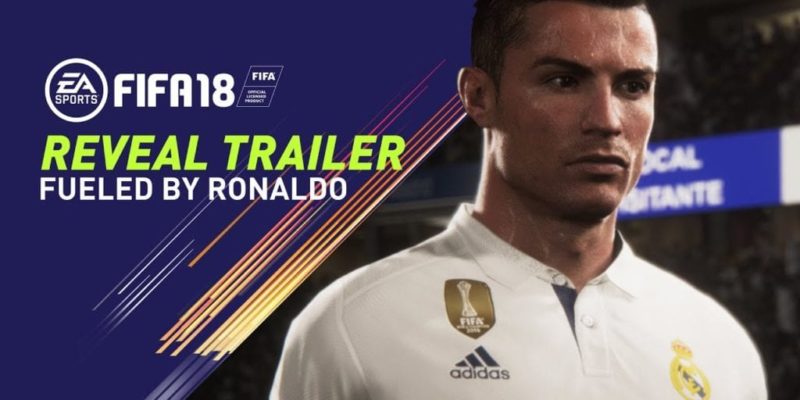 The first signs of activity from FIFA 18 have been released today, in the form of a short ‘reveal’ trailer and details about a release date. Unsurprisingly, it’s due in September. That’s a “worldwide” launch of 29 September; though certain editions will get slightly earlier access.

Both Messi and Microsoft have been shunted aside this year, in favour of marketing deals with recent Champions League winner Ronaldo and Sony. The latter doesn’t really affect the PC to any major degree, other than it appears that FUT Icons (previously FUT Legends) will now be available in all editions and not just for Xbox. So that’s nice.

EA Sports claim that Ronaldo’s presence has informed bits of FIFA 18’s gameplay, including “fluidity, player responsiveness” and, err, “explosiveness”. What that actually means in reality will only be determined by how the game actually plays this year. There should be an initial look at that from EA’s ‘Plays’ E3 event on 10 June; though if it’s anything like last time they’ll spend more time talking about Ultimate Team card trading than actual football.

As mentioned, there are a few different editions of the game available for pre-order. The table below (just under the trailer, click to make it larger) quantifies the differences. People on PC with Origin Access will be able to play 10 hours of the game from 21 September. Here’s the trailer, featuring Ronaldo getting kicked by David Luis, sweating, and scoring a free kick. It says this is “in-engine” footage (true, I’m sure), but FIFA 18 obviously won’t actually look like this. 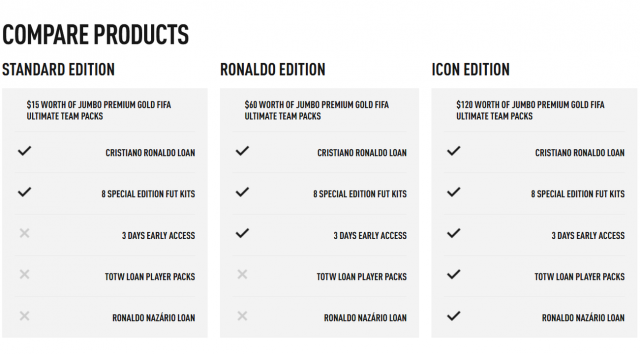 Dragon’s Dogma: Dark Arisen now on GOG and on sale