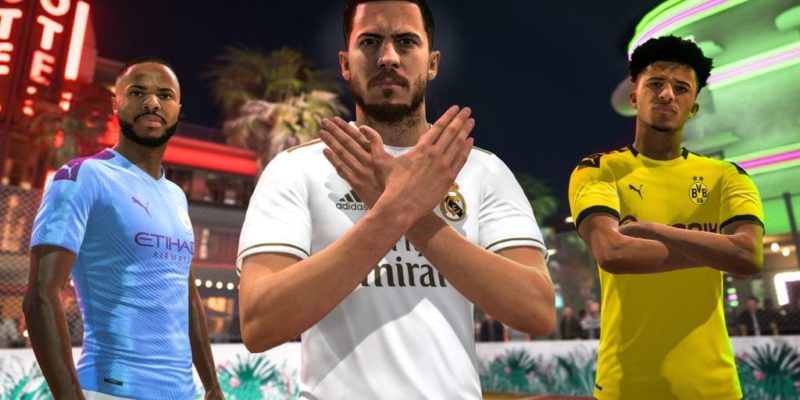 Electronic Arts has some good news for you soccer fans. Alright, fine, fútbol fans. But for clarity, and due to me being unapologetically American, I’m going to write it as soccer. Anyway, the demo for the upcoming FIFA 20 can now be downloaded. You can grab it off EA Origin for PC, nearly two weeks ahead of official launch.

The demo should get your feet plenty warmed up before the release of the game. You will have six teams to play as: Chelsea, Borussia Dortmund, Real Madrid, Tottenham, Liverpool, and Paris Saint-Germain. The demo will give you the first look at EA Sports Volta Football, which brings “the professional stage and an all-new authentic street football experience.” In this mode, you’ll be able to build your player using gear and customize a unique playing style.

“FIFA 20 innovates across the game, ‘Football Intelligence’ unlocks an unprecedented platform for gameplay realism,” writes the game’s description on Origin’s website. “FIFA Ultimate Team offers more ways to build your dream squad, and EA Sports Volta Football returns the game to the street, with an authentic form of small-sided football.”

The release of the demo is certainly not without some tactics by EA Sports. Today marks the launch of Konami’s PES 2020, a competing soccer game. And yes, I’m also surprised Konami is still making games and not just pachinko machines.

Put on your cleats

Grabbing the FIFA 20 demo is a simple process. All you need to do is have an Origin account, then head over to the FIFA 20 page (on the website or the launcher). On the left, a button under “Get the Game” reads “Try it Now.” That’s basically your big hint. Clicking on the button will allow you to add the demo to your Origin game library, and you’ll then be on your way. The demo size is around 6 gigabytes.