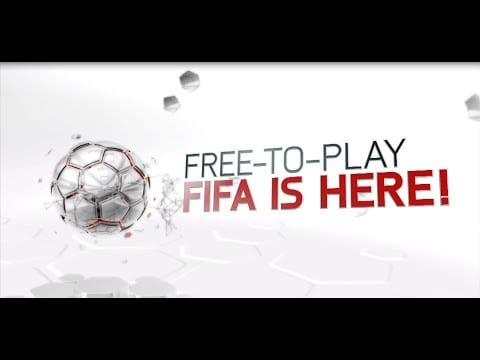 EA Sports’ curious PC title FIFA World is now in global beta, so more people can figure out what it actually is. It looks like the basic FIFA 12 gameplay (I think,) bolted on to the Ultimate Team mode from FIFA 13 and put online as some kind of free-to-play gateway drug into FIFA’s most popular (and expensive) method of play. It’s … weird.

If you want to find out just how weird, you can register for FIFA World here by giving EA your Origin name, password and other intimate details about your life. Yep, you need Origin to run this.

‘Seasons’ seems to be the primary mode of play in this thing, so you’ll be trying to lead your rag-tag bunch of players (from 600 licensed clubs) through ten divisions, earning virtual coins along the way to reinvest into your squad.

Here’s Alex Grimbley who worked on the game as producer to tell you how marvellous it is that the game he worked on is now in open beta. “After four Closed Beta sessions and a limited Open Beta, where we saw over 1.5 million fans register to play, we’re very excited to now open the game to football fans from all over the world,” he says.

I’ve also located a trailer which almost manages to show you which bits of normal retail FIFA are in this, but not quite.

Bandai Namco Games Europe S.A.S. Starts Its Publisher Sales for Xbox 360, up to 75% off Select Titles