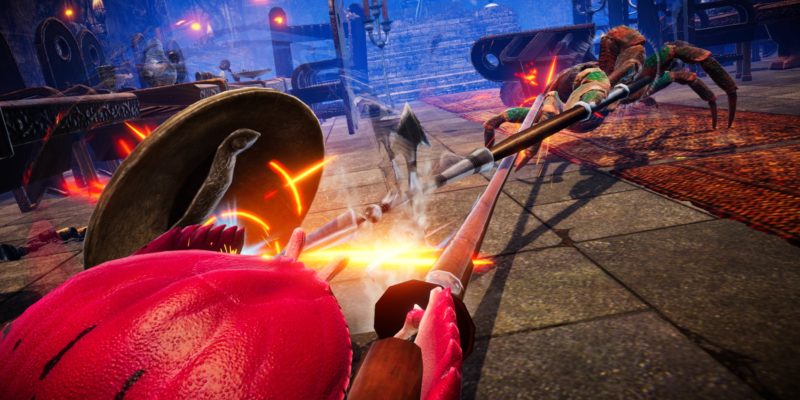 Publisher PLAYISM and developer Nussoft have done the world a favor by answering a question that has plagued humanity for centuries: what would it be like as a weapon-wielding crustacean? The new arena brawler, Fight Crab, has the answer. It features customizable crab warriors that battle it out for survival with a wide variety of deadly weapons. Today’s Fight Crab launch brings the game to Steam.

Check out the appropriately epic Fight Crab launch trailer below to get a taste of the clashing crustacean combat. Once you watch it, you’ll realize how badly you need this game in your life.

Yes, you did just see two crabs riding scooters and bullying another crab that was wielding two sai. You can also ride seals and swing on chandeliers. Regular crab stuff. Good luck not telling anyone about Fight Crab.

The way of the crab

Crustaceans in Fight Crab can wield dozens of weapons. From elegant swords to revolvers, and even laser swords that you’ve probably seen somewhere else before. If your traditional weapons aren’t getting the job done, you can simply grab a nearby fish or tank and assault your enemy with that, too. 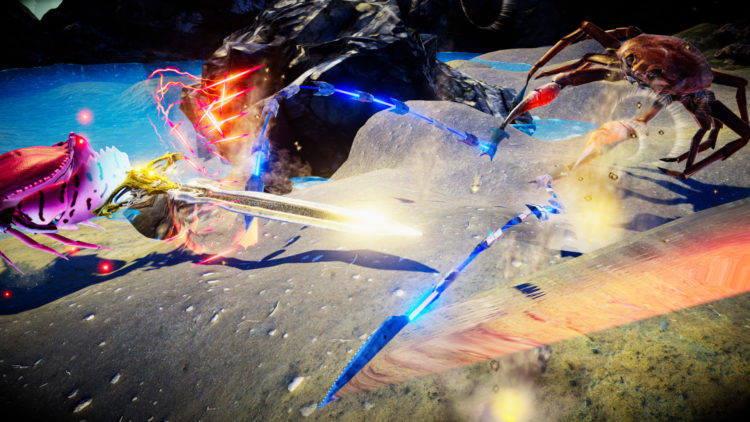 The different species of crustaceans in Fight Crab offer a range of play-styles, because each body type has its own strengths and weaknesses. A crustacean with a smaller shell can scuttle around quickly and keep its opponent at claws length. However, a larger crustacean with a heavier shell can take a lot more hits. The body shape isn’t all you can customize. You can also add your own flair with an assortment of color options.

Once you’ve chosen your shellfish, you can crawl into one of 10 dynamic stages, including a downtown intersection, a supermarket, and a banquet table. Once the stage is set, it’s just a matter of proving your dominance in 1v1 or 2v2 multiplayer combat.

The Fight Crab Steam launch also debuts with a 10% off promotion, which knocks a few bucks off the normal price of $19.99 USD. Crossplay multiplayer support will also be added later this year with the launch of the Nintendo Switch version.