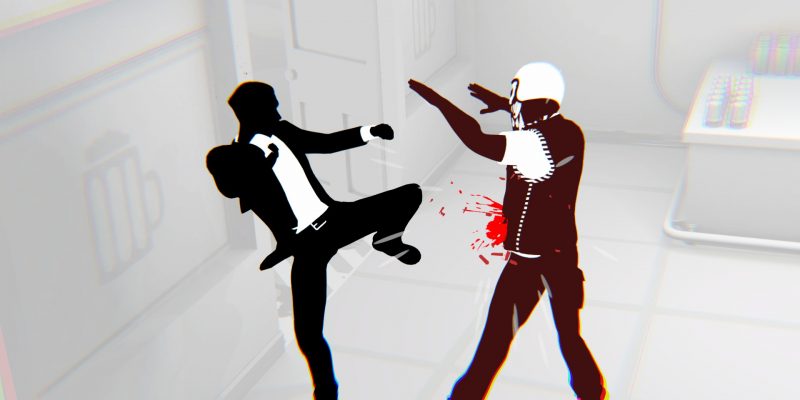 You know what deck-based rogue-lites need? More heads getting violently slammed into walls. A jump kick or two couldn’t hurt either. At least, Fights in Tight Spaces certainly thinks so. The game enters Early Access today and drags its unique brand of tactical violence bleeding through the Steam doorway. It’s a hell of a good time, and has a surprising amount of content in place. But the question stands: is it worth it?

Fights in Tight Spaces puts you in control of Agent 11 — a ‘dudepuncher’ who is nothing like that other agent-plus-number guy. I don’t even know who you’re thinking of. The game has several scenarios that task him with infiltrating a place in order to beat the fuck out of a guy that needs said fuck beaten out of him. Each of these begins with a short briefing that sets up where you’re heading and whose blood you’re going to be using to paint the walls red. The first mission is set in an urban environment with bars, public restrooms, and parking garages. The second takes you to a prison where the population may have gotten a little out of hand.

The game’s structure is reminiscent of other deck-building rogue-lites, such as Slay the Spire. You can choose between forks that take you to different locations. Almost all of these require you to beat everything you see to death. Some of them have different goals, such as one where you have to protect a person of interest while fighting. An interesting one in the prison has you fighting a group of dudes but one of them is an informant who obviously has to give you an ass-beating along with his mates, lest he stand out like a sore thug. You get a bonus if you’re able to knock everyone out other than him. There are also clinics where you can pay to get healed, plus events that can net you bonuses or penalties. 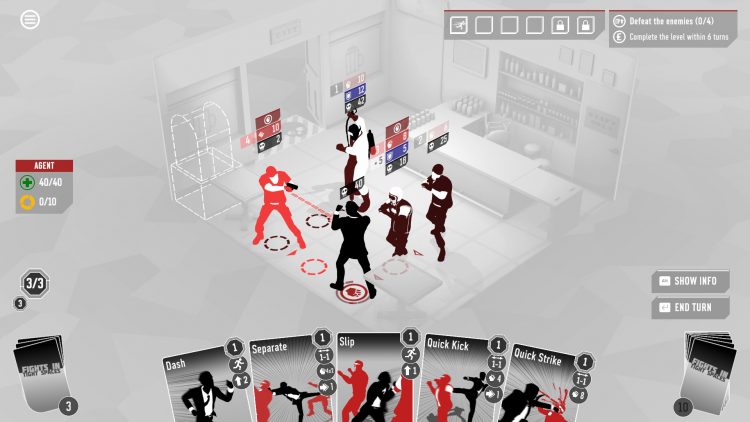 That was my good face!

The gameplay in Fights in Tight Spaces can be likened to a mix between Slay the Spire and a grid-based tactical game. Each level places you in a small area and drops enemies into it. You can select between one of four decks that have different card focuses. The first of these is balanced between offense and defense, while the subsequent two are your defense and offense decks. Your playstyle will vary. Enemies can usually only attack you when they’re facing you directly, although you can attack them from any direction. The game has a distinct rhythm to the combat. You get your licks in using attack cards, and then either block or get out the way using defensive cards.

The action occurs in a 3D space and positioning is of the utmost importance. You can push enemies one space away with certain cards, as most of them need to be directly in front of you at the end of a turn to wallop you. Others can attack from two or three spaces away. Most of the default attack cards you’ll have access to also only reach a single space away from you, but there are also cards that give you multiple spaces. Of course, your hand each turn is random and you have to improvise in each situation based on what you’ve been dealt. It’s immensely satisfying and allows for a lot of clever plays.

Once you complete a mission, the run moves on to the next. The previous mission becomes unlocked as a new starting place, so you don’t have to go back and redo anything you’ve cleared. You will have fewer cards at your disposal if you do that, however. You get a new card with each level you beat. Levels also have secondary objectives that net you cash if you complete them, such as finishing in a certain amount of turns. You only get three action points a turn and each card uses a specific number of those points, plus you can block, which reduces that turn’s damage. Indeed, as mentioned, it’s just like Slay the Spire. It’s also a lot like that game in that it’s exceptionally good. Each level can take upwards of 40 minutes, so the game has a lot of content too. It’s definitely worth it. 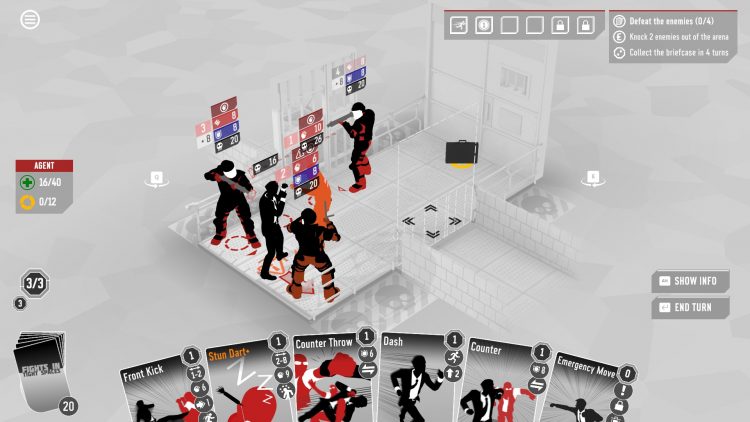