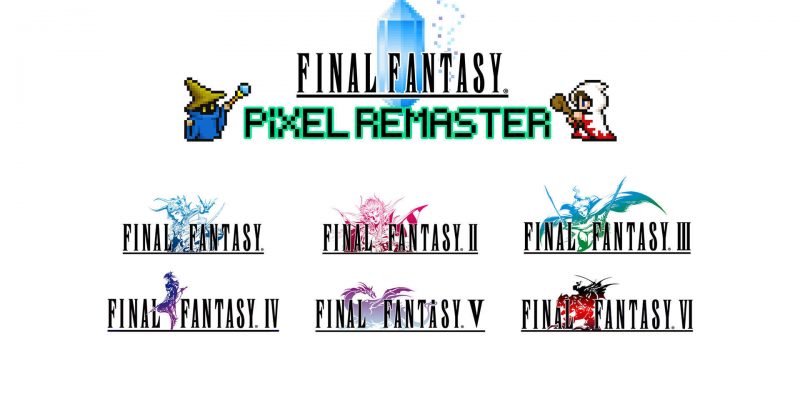 These remastered games will release in order.

Final Fantasy was big at this year’s Square Enix Summer Showcase. In addition to the new action-packed Final Fantasy Origin game, the publisher announced Final Fantasy Pixel Remaster. This newly remastered series will see a re-release of the first six games in the franchise.

According to Square Enix, all six games will release individually instead of as a complete package. It seems as if we’ll have to buy each game separately, but this should still be a good opportunity to revisit some of the earlier classics.

Square Enix didn’t show off any gameplay or progress in the quick 30-second teaser. In other words, we don’t know exactly how these games will be remastered yet. Whether or not the graphics will just be upscaled or modernized is still unknown.

A return to the classics

Some of the first Final Fantasy titles are actually already available on Steam. Final Fantasy III, IV, V, and VI are available to purchase and play through Steam. These ports have their own differences and issues, however. Final Fantasy III and IV through Steam are ports of the enhanced 3D remakes. I’m assuming since these are “pixel remasters,” this re-release will instead restore the original, pixelated graphics of these games.

In the case of Final Fantasy V and VI, these ports have their own problems. Final Fantasy V, for instance, seems to be a direct port of the iOS version of the game. This poses its own problems, such as faulty resolution and screen tearing. It’s not a great port, so, hopefully, the Pixel Remaster will give us a better option.

That being said, Pixel Remaster is having a simultaneous release for PC and mobile devices. If the mobile format was an issue with the previous ports of the game to PC, hopefully, it won’t pose much of an issue this time around.

A release date hasn’t been specified for the game just yet.