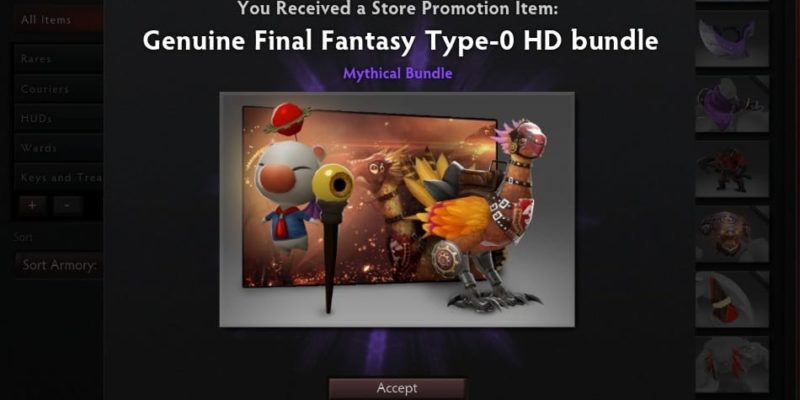 The Final Fantasy Type-0 HD pre-order items are now in Dota 2, so if you’ve been checking for your Chocobo or wishing you had vision of your wards, they should now be in your armory.

Square Enix decided to boost their Final Fantasy Type-0 HD pre-orders by offering a trio of exclusive Dota 2 items for plonking down your cash early, and while there was a bit of rage at those items not being available as soon as the game launched, the latest 50MB Dota 2 patch adds them in. If you didn’t pre-order but really want a Chocobo courier… well, I think they can be sold on the Marketplace from September, so start checking around then.

The items in question are a Master Chocobo courier, a Class Zero Moogle ward, and a loading screen featuring a chocobo. Here’s the courier: 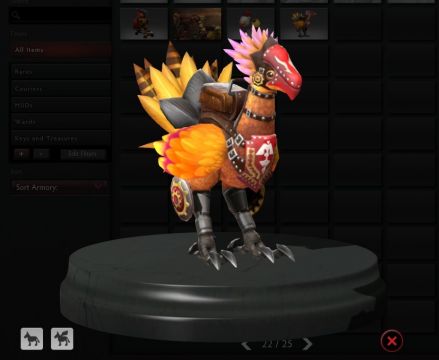 I’m downloading Final Fantasy Type-0 HD now, so we’ll hopefully have some impressions of the PC version up tomorrow.