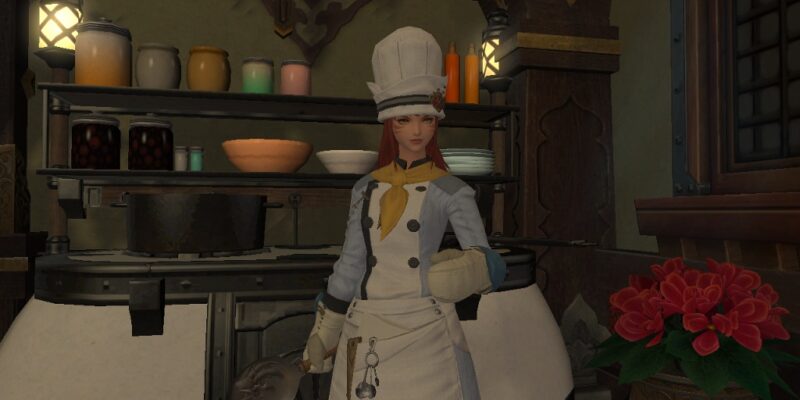 RPGs always seem to have the most delicious looking foods around, and Square Enix is bringing some of their delectable virtual creations to life. The developers announced the release of a brand new ‘Ultimate Cookbook’ based on the foods featured in Final Fantasy XIV, coming in early November.

Foodies and gamers can come together to create some of the recipes featured in the game, like the Farmer’s Breakfast and La Noscea’s Rolanberry Cheesecake. There are 192-pages of recipes in this book, with culinary delights from across Hydaelyn and Norvrandt. I always find myself looking at foods across a spectrum of different video games, and I’m continuously struck with the desire to reach into the screen and grab a bite. Now, gamer chefs of the world can spend some time recreating these foods and make my dream a reality.

Some of the details in each recipe include step-by-step instructions, difficulty levels, and dietary notes (such as vegan foods). Recipes are divided into different categories, such as breakfast foods or appetizers. The book will also feature an exclusive foreword written by Final Fantasy XIV Online’s producer and director, Naoki Yoshida. You can check out a YouTube video featuring many of the recipes in the book below.

With the cookbook coming soon, Final Fantasy XIV is getting a lot of attention these days. Square Enix is reprinting Encyclopaedia Eorzea Vol. 1 and 2, books that detail the lore of the Final Fantasy XIV world. Additionally, the fourth expansion pack Final Fantasy XIV: Endwalker is on the way, set to release this November.

The Final Fantasy XIV Ultimate Cookbook will release on November 9 for $35 USD. An exclusive version of the book with different cover art will be available to those who purchase the book through Gamestop. Otherwise, you can pre-order the book through the Square Enix Store.