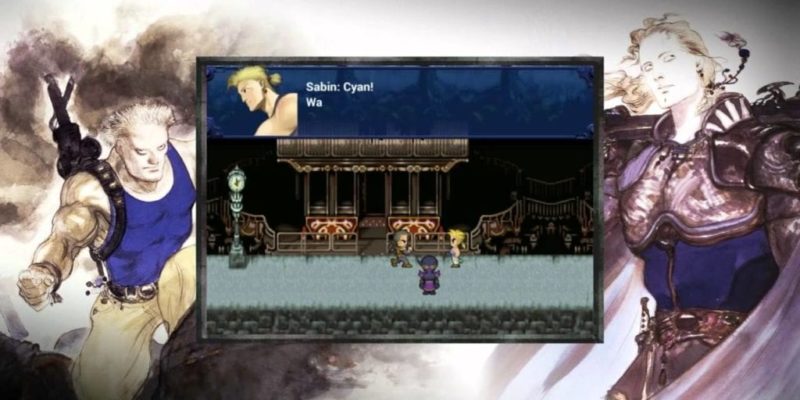 Good news, everyone! Final Fantasy VI will be making its way onto Steam in one week.

Mixed news, everyone! I have a horrible feeling it’s going to be another barely passable iOS port which is actually worse for extended play than just using an emulator. I weep with horror at the possibility, because Final Fantasy VI is close to my heart. I mean, if this gets an awful port, then they could announce Chrono Trigger for PC and I just… I just wouldn’t care.

Alright, that’s a lie. I’d totally care up until I discovered it was an awful port, and then I’d cry bitter tears at having had my hopes raised once again.

Anyway, the screenshots and trailer (below) do look very much like an iOS port, and don’t appear to scale particularly well to a high resolution. Still! Maybe it’ll have solid keyboard controls and proper mouse support and everything. It claims “updated controls and optimised active-time battle system for fluid PC combat” alongside the usual Steam Achievements and trading cards and whatnot, after all. Maybe Sketching won’t destroy the game in hilarious ways, and Evade will be a stat that does something. (I mean, you’d hope so; I’m pretty sure both of those were fixed in previous versions ages ago.)

Final Fantasy VI is due to hit Steam on 16 December, and will cost you £10.99/€14.49, with a 10% launch discount on top of that if you buy it in the first week. I will inevitably pick it up and write some thoughts about it, and then probably start firing cats at Square Enix’s offices out of sheer maddened disappointment.

On the plus side, the music in the trailer gave me chills.

Assassin’s Creed Chronicles continue in India and Russia next year

The Sims 4 Get Together Pack Goes Wild in Windenburg