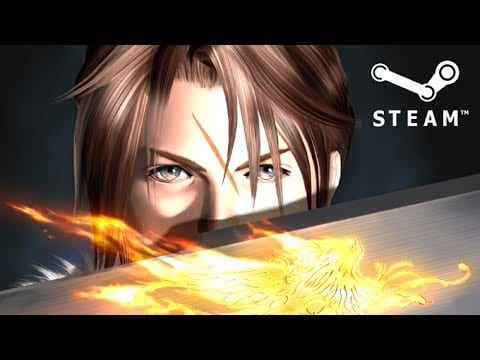 The closest I’ve come to playing a Final Fantasy game is the PC demo of Final Fantasy VII many, many years ago, so you can rightly expect startling insight into this HD release of Final Fantasy VIII. I asked IncGamers’ Final Fantasy correspondent whether VIII was a decent one or not and he said “it’s the one I famously dislike” but added that other people do enjoy it.

So there you go, that’s a bit inconclusive. If you want to take a risk on the “powerful and sentimental” story (that’s what it says,) then you can grab the HD version for $12.00 USD off Steam today. It claims to be properly optimised for new PCs and comes with cloud support and a bunch of achievements. Hopefully the added features are a bit better than the ones in the initial launch of the Final Fantasy VII remake.

I’ve run out of things to say now, so here’s the plot, followed by the trailer for the HD version (which apparently contains spoilers, although if you know nothing about the game the spoilery scenes probably won’t register as such): “When the president of the warlike nation of Galbadia forms an alliance with a shadowy sorceress named Edea, only an elite band of mercenaries (SeeD) led by a young man named Squall and his hair can come between these would-be tyrants and world domination.”

By the way, the opening 15 seconds of this trailer is all hair.