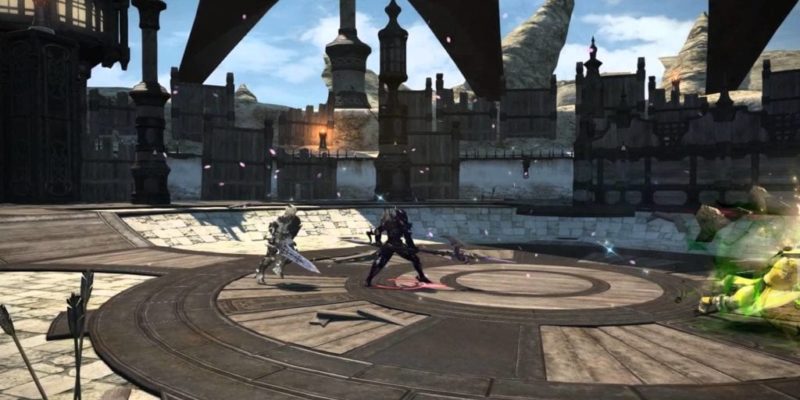 WHAT THE HELL ARE THOSE THINGS

Are you scared yet? Probably not, because I haven’t actually written anything. How about now? No? What about if I tell you that All Saints’ Wake, Final Fantasy XIV: A Realm Reborn‘s Halloween-themed event, is due to start this Friday? That’s what I thought.

All Saints’ Wake will run from 18 October to 1 November (that’s “starting this Friday and running for a fortnight”, calendar fans) and will see the streets of Eorzea decked out in lanterns, and the denizens dressed in costumes. Not only that, but a travelling circus troupe has appeared in each of the city-states and will be offering a special quest to anyone who approaches them. Keep your eyes open for Shifty Thespians if you want in.

What else? Well, from tomorrow to Monday 21 October, you’ll be able to transfer your character to a different world. Did you start playing Final Fantasy XIV, and then your friends joined up, but because they don’t actually like you very much they started their characters on a different world? Now you can successfully stalk them, for free. Hurray!

Finally, there’s a shiny video showing off The Wolves’ Den, the PvP arena due to be added in patch 2.1. Said patch is due out before the end of the year, and – other than PvP – there’s a load of new stuff we should see before 2014 rolls around. Stuff like player housing, a Primal battle against Good King Moggle Mog XII, Extreme Mode Primal battles, new dungeons (included Pharos Sirius), Treasure Hunting, Hard Mode boss battles, Beastmen daily quests, and The Crystal Tower… which is apparently the same one (or based on the one) from Final Fantasy III.

Lots of stuff still to come to Final Fantasy XIV this year, then. Have a gander at the PvP trailer below if you fancy watching some unintelligible scenes full of flashing lights.

City of Titans Interview – Kickstarter stretch goals and beyond