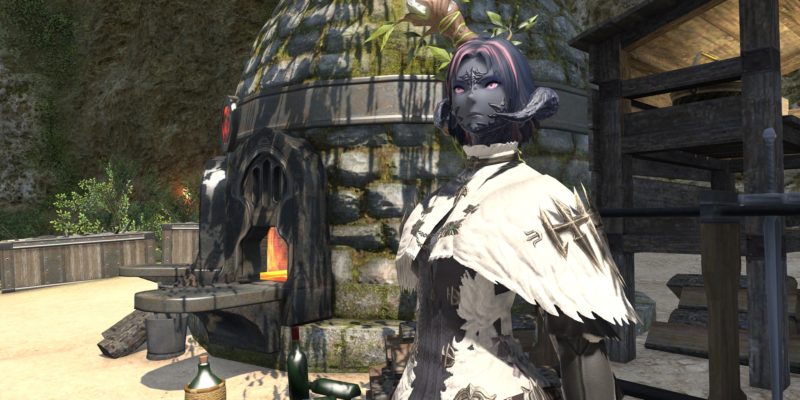 Today’s Final Fantasy XIV Live Letter from the Producer has detailed the forthcoming patch 5.3. Titled “Reflections in Crystal,” this will be a big one.

Aside from the new trials, continued storyline, a new beast tribe, and a new raid, there’s a lot of stuff for new players. This patch looks to heavily revamp and streamline the early game. A welcome change, I think.

Before we get into the nitty-gritty of the actual new stuff, let’s look at the ways the early game is changing. But even before that, a disclaimer. Please note that the Live Letter is in Japanese, so I’m partly reliant on fan translations for this information (especially the Reddit megathread). As such, there may be some inaccuracies. 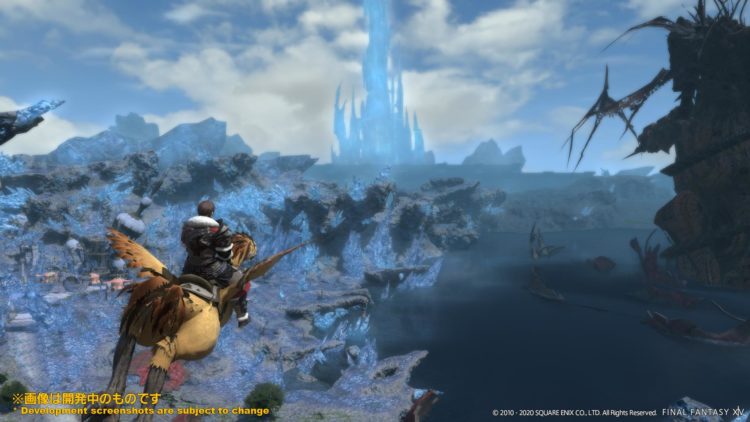 Flying! In the A Realm Reborn areas!

First things first, the devs have heavily streamlined the original Final Fantasy XIV Main Scenario Quest. They’ve removed approximately 13% of the quests and considerably shortened others. Parts of other quests have been taken out in the hopes of making the early game feels less bloated and grindy. This has been promised for a long time, and it’s good to see it happening now – especially now that many are stuck at home, needing something new to try.

More experience is on offer from these quests, too, as well as gear. This should prevent players from having to do side quests just to hit level 50. In short, new players should have a much better beginner experience. I believe this will stretch all the way up to the first expansion, Heavensward. The patch quests in between A Realm Reborn and Heavensward are notoriously bloated, and the Live Letter specifically addressed that most players who quit tend to do so around 2.1 – which is when those patch quests begin.

As people guessed from collision boundaries being added to the early zones, flying will now also be possible in A Realm Reborn areas. This won’t speed along your initial 1-50 progress, though. You’ll unlock flying upon beating the quest The Ultimate Weapon, which is the conclusion of A Realm Reborn. Still, it might help with those pre-Heavensward patch quests.

Finally, and equally interestingly, acquiring your Chocobo and beating The Crystal Tower raid will now be mandatory for progression. The Crystal Tower raid heavily ties into the Shadowbringers plotline, so that’s not such a surprise, but the Chocobo might be. Perhaps our feathered companion will make appearances in cutscenes or have some plot relevance? We’ll find out. 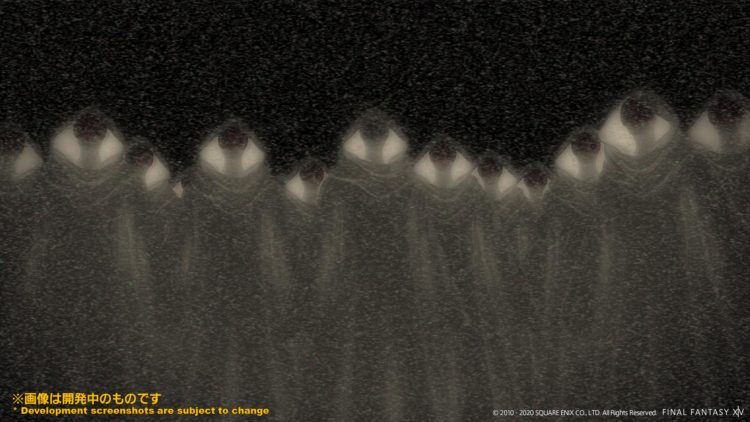 This screenshot alone fills me with wonder at what revelations we’ll see.

Still, Final Fantasy XIV patch 5.3 focuses just as heavily on new content as it does on reworking the old. For starters, Reflections in Crystal will bring about the end of the Shadowbringers storyline.

Don’t panic. This doesn’t mean we’re losing two patches before the next expansion. Both Heavensward and Stormblood closed off their respective storylines with their third major patches, while the remaining patches built towards the forthcoming expansion. We are assured that the final boss of this expansion will come as a surprise, though. I hereby predict it’s that Lalafell who’s been following Nashu Mhakaracca. Or the Cloud of Darkness. Maybe Unukulhai. Or Sephiroth, somehow.

To go along with this, there’s a new dungeon — The Heroes’ Gauntlet — which you can tackle in a party or in Trust mode, as well as a new Trial with both Normal and Extreme difficulties. This, presumably, will be the end boss of the Shadowbringers arc. 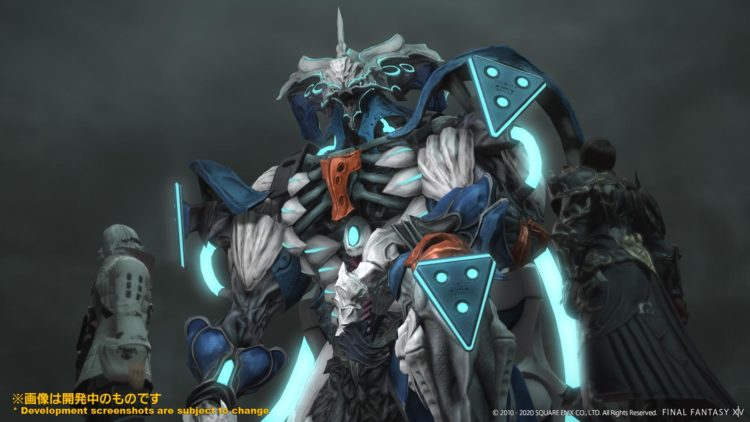 Imposing, but probably not a Trial.

If you’re more of a raider, you can delve into the second part of the NieR: Automata-inspired YoRHa: Dark Apocalypse Alliance Raid series, titled The Puppets’ Bunker. Crafters and gatherers can take part in the third phase of the Ishgard Restoration or take on the new Beast Tribe quests, which are aimed at crafters and star the dwarves.

And somehow, that’s still not everything. There’ll be a continuation of the new Resistance Weapons questline promising an all-new area, which I suspect will be like Eureka from Stormblood. There’s also “large-scale battle content”, so there may be a related Trial… or a world boss. The Chronicles of a New Era questline involving the other Weapons will also continue, with a “special event battle.” So unlike Ruby Weapon, the next Weapon fight (Sapphire Weapon?) will probably be a solo duty rather than anything bigger. 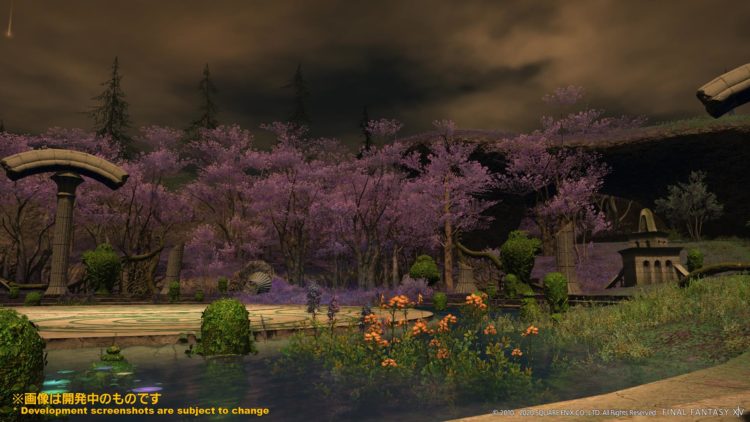 If this is the new area for the dungeon, color me intrigued.

Finally, there are Unreal Trials. These are powered-up versions of Final Fantasy XIV‘s earlier primal bosses, retuned for level 80 characters. These will rotate each patch, with the first one being Shiva. As far as I know, this is the standard version of Shiva rather than the EX version, but if they’re tuned for endgame characters, you’re still going to have to actually learn the mechanics. Beating the Unreal Trial each week grants access to a new mini-game, Faux Hollows, which will reward tokens that you can exchange for prizes.

There are also a wealth of other updates and improvements — job adjustments, party finder groups being able to merge, World Visit in a cross-world party — but most of the big things are listed above. And of course, we’re lacking a lot of details. Who is the mysterious final boss of Shadowbringers? Where do we go next? Where the hell is Hildibrand Manderville?

Final Fantasy XIV patch 5.3 has been delayed due to the ongoing pandemic and probably won’t arrive until July at the earliest. As usual, these updates probably won’t happen all at once but rather across the 5.3 patch series, meaning maybe three separate updates.

If you’re still catching up on current content, have a gander at our guide hub to see how to make it through the new dungeons, trials, and raids.

No Man’s Sky has ambitious plans for 2020