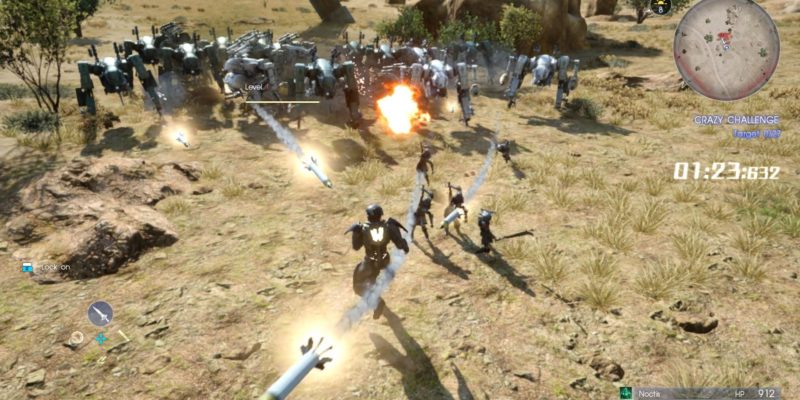 After much talk about it being the future of gaming, Google Stadia finally released on November 19 to mixed emotions. The cloud streaming service has been scrambling in the last few weeks as it attempted to win over fans and critics. One of these efforts was the addition of 10 games to the launch day line-up, which included Final Fantasy XV. It has now been revealed on Twitter that Final Fantasy XV on Stadia has some exclusive content.

Players who purchase Final Fantasy XV for Google Stadia will receive the Royal Edition of the game, all the DLC Episodes (of which there are four), the Royal Pack DLC, Comrades (a multiplayer mode), as well as the four new Stadia-exclusive Crazy Challenges. That’s a lot of fantasy for your buck. You can purchase Final Fantasy XV on Stadia for $40. However, if you’re a Stadia Pro member, you can pick up the game for just $30.

FFXV‘s Crazy Challenges are a collection of minigames that will test your skills in various aspects of the game. Challenge Rally will put your driving abilities to the test. Expert Duel will see if you can take down big baddies. Endless Magitek Armor is a wave-clearing minigame that will see how long you can last. And Magna Flight involves flying, but the clip in the Tweet doesn’t give much away, so we’re not sure what the challenge is yet.

You can check out a brief snippet of gameplay from each of the four Final Fantasy XV Stadia minigames in the Tweet below.

If you’re a Final Fantasy fan but aren’t dipping your toes into cloud streaming yet, then maybe you should check out the Xbox Game Pass. The Final Fantasy series is coming to the Pass in a big way, with nine titles. Plus, it’s an absolute steal at $1 a month for the first three months. It’ll cost you $4.99 per month after that.

Soulcalibur VI Season 2 kicks off next week with Hilde