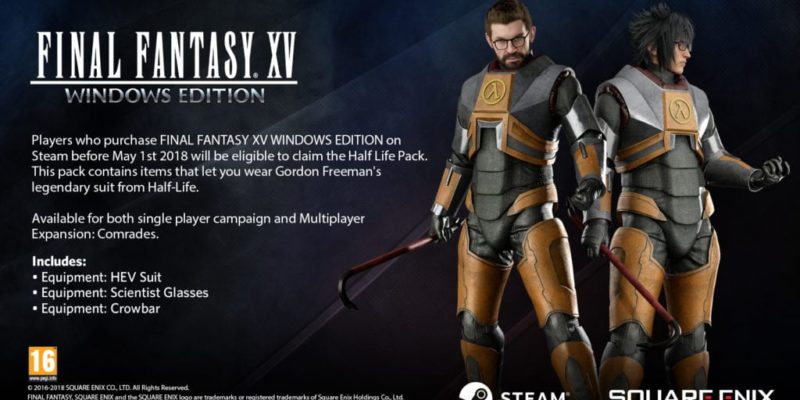 A playable demo of Final Fantasy XV Windows Edition us coming out on 6 March.

The demo will include the entire first chapter to let PC gamers get a taste of the action. There’s also a special surprise for Half-Life fans with a special Half-Life Pack which comes with the classic HEV suit and the iconic crowbar.

This Gordon Freeman themed pack is only available until 1 May but at least it’s something new Half-Life related. Check the shots below for some Gordon lookalike action.