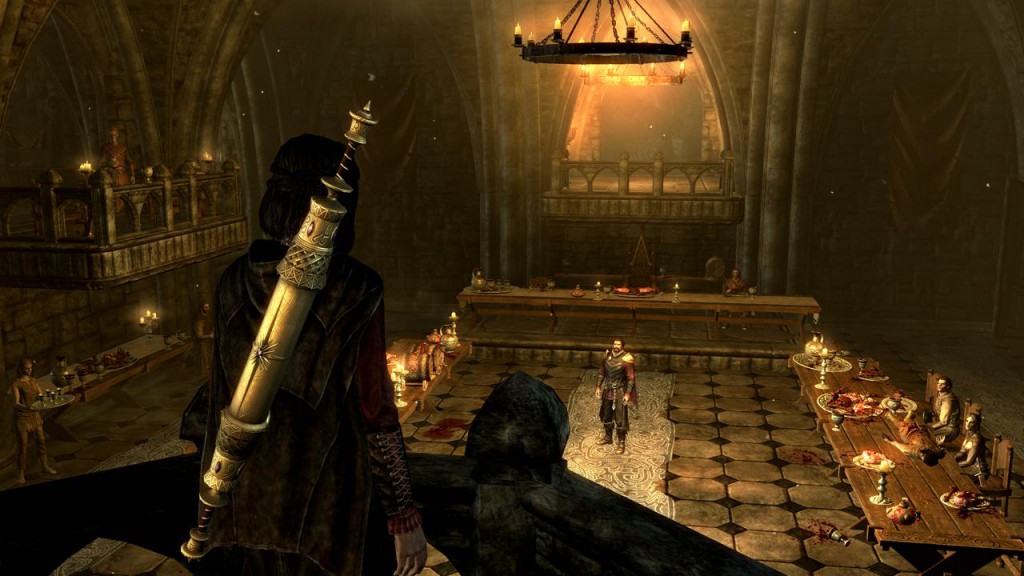 Bethesda has confirmed that the final batch of beta invites to Skyrim’s forthcoming ‘Dawnguard‘ DLC is going out to Xbox 360 users today. Around 75% of them were sent out yesterday, according to the Bethesda twitter account, which leaves the last quarter or so to be sent out in the next few hours. If you applied and are lucky enough to receive one, you’re part of the 0.5% of applicants who will; so well done you.

Dawnguard has a 30 day exclusivity period on the Xbox 360, so PC and PS3 players will be able to get hold of it around one month after its released. At present, that release date is scheduled for 26 June (though subject to change).

In this DLC, you’ll opt to be either a sun-loathing vampire or a vampire-loathing hunter. As a package, it’s reported to be anywhere between 10 and 20 hours long.

Today also sees the release of the 1.6 patch for the PC version of Skyrim, which adds mounted combat and (surprise) contains a few attempted bug fixes.