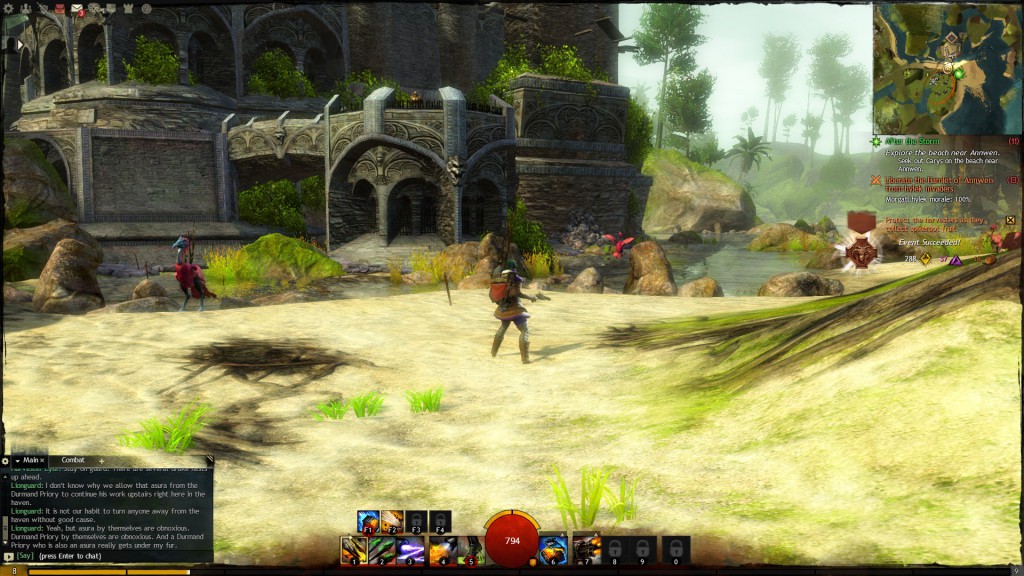 It’s been a long time coming and ArenaNet has finally launched their MMO Guild Wars 2 which some might say is about to change how the MMORPG genre is perceived by the masses.

I last took a look at the game back in the third  Beta test, so when the servers went live early yesterday morning, it was a toss-up of playing the same profession I had in the Beta test or starting afresh with a new race and profession.

Playing what I had before seemed a cop-out and now was my chance to check out the Sylvari which were a later addition to the Beta test. These elven like tree hugging hippies are born into the world of Tyria having only been in the Tyria for a very short time, so they seemed like an ideal choice for someone who has not picked up the original Guild Wars for a couple of years or so.

There is no doubt that the starting experience, no matter what race or profession you choose is challenging for a new player, even though some of the early tasks feel a little mundane. However, ArenaNet has integrated these into your personal storyline which effectively dresses them up to feel like something more than they really are, in other words kill X and X. Once the early tasks are out the way and you’ve helped out some of the citizens by taking part in events in the start zones, the game starts to expand out by moving you around the world map, which is gorgeous in case you were wondering.

When I started yesterday it all seemed a little confusing following your personal story which is made up of numerous instanced events which seamlessly blend into the open world around you. Finding these quest marked instances are easy enough and it’s here things started to click into place thanks to the use of waypoints. Dotted around the game world, these waypoints allow you to instantly travel to new locations, assuming you have discovered them of course. At one point yesterday I had a personal story quest instance pop up in an area I had not fully explored, but by finding the closest waypoint I had opened up already, I could cut across the map and head to the new quest instance marker. It was a bit of a cheese because I couldn’t be arsed to fight mobs so I just legged it across bypassing everything.  It did save a ton of time and removed the annoying travel times that can easily put players off while playing the first ten levels of an MMO. 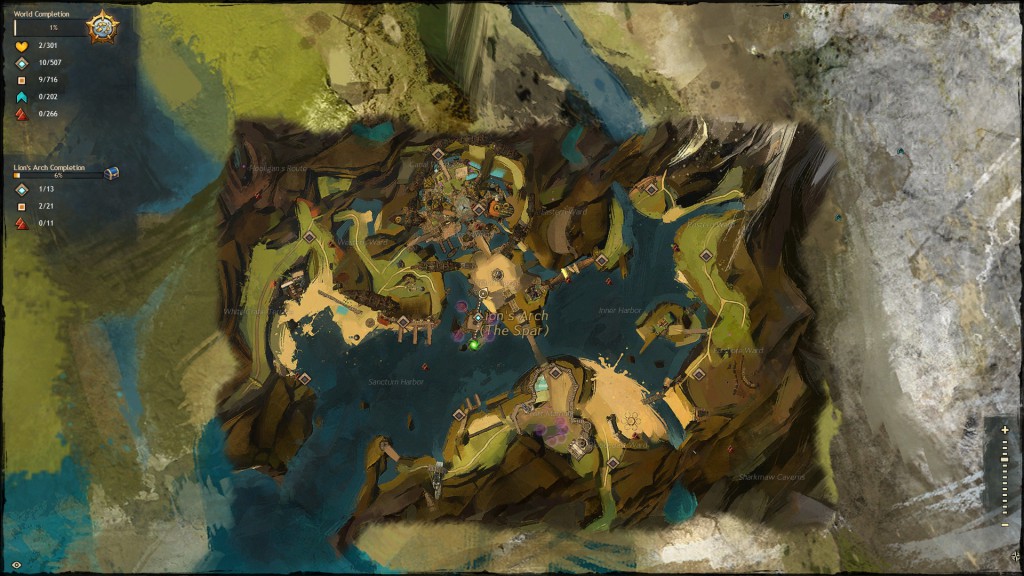 The combat has not been any huge surprise since I last played, it is typical MMO fare but with the ability to actually dodge. While it’s not “action combat” that we have seen more recently in TERA, it’s exciting enough, especially when you start unlocking more of the skills as you level, something I am only starting to get to grips with as an Engineer. Gotta love those turrets.

Tim also rolled on the same server yesterday and we attempted to party up but with little success, this is not because it’s impossible but because ArenaNet are still having a few issues with things like the mail system and partying, two things they will be pushing to get fixed before the full launch on the 28th.

When I took part in the last Beta test, the game still felt like it needed some optimisation, and sadly I can’t really comment on how things have changed because I have a new PC which runs GW2 brilliantly, in fact it could probably run NASA’s space programme brilliantly. The world however does look fantastic as I skipped through the trees, around huge pink plants and across the rivers. I did make it over to Lion’s Arch, one of the main cities that some of you may be familiar with from the original game, and even though it was a little more gloomy, it just looked excellent. 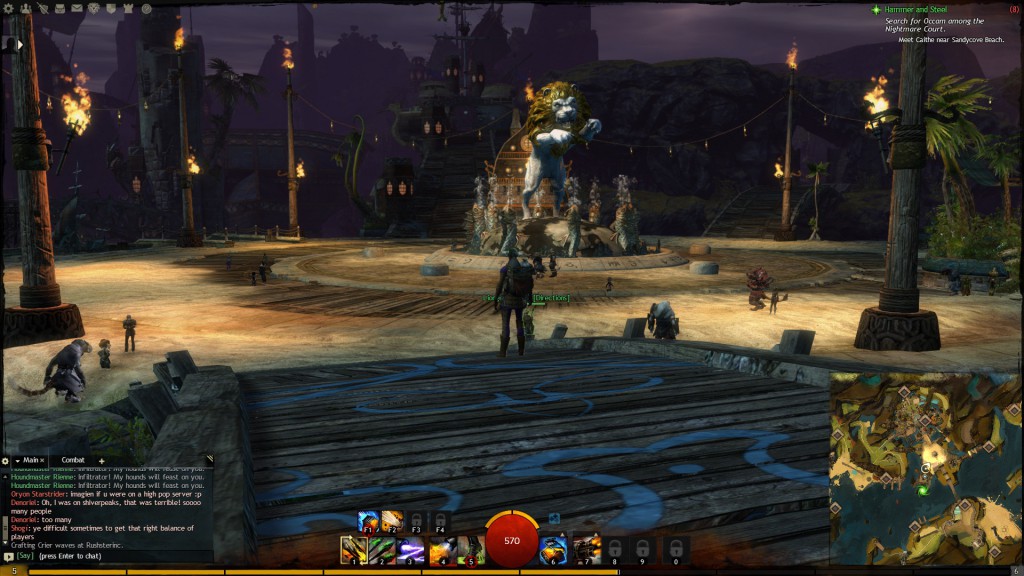 So I’m now heading into my second day to take my character further into the personal story. So far the beauty of Guild Wards 2 is that it’s bringing the social MMO experience to players while at the same time taking players  on this personal journey making it feel like a single player experience at times with the option to group up for events, and in a more effective way than a game such as RIFT.

I get to play all kinds of MMOs throughout the year and I have to say so far Guild Wars 2 is proving highly engaging, even a little than I was expecting after playing on the Betas which only ran over weekends. Perhaps I am just enjoying the Sylvari more than I did the Norn that I played in the Beta, perhaps the Engineer is more fun than the Mesmer, it’s hard to pin-point exactly why it’s keeping my attention. Maybe it’s because so far I am actually having fun.

I’ve not even checked out the PvP or World vs World as yet so I still have that to look forward to. I’ll be attempting to hook up with Tim again today to exchange pleasantries, or simply to taunt him and call him a N00b. Even if he is further ahead in the leveling process than me, he’s still a Noob.

Videogames are on the cusp of something “really exciting”, says Tomb Raider dev