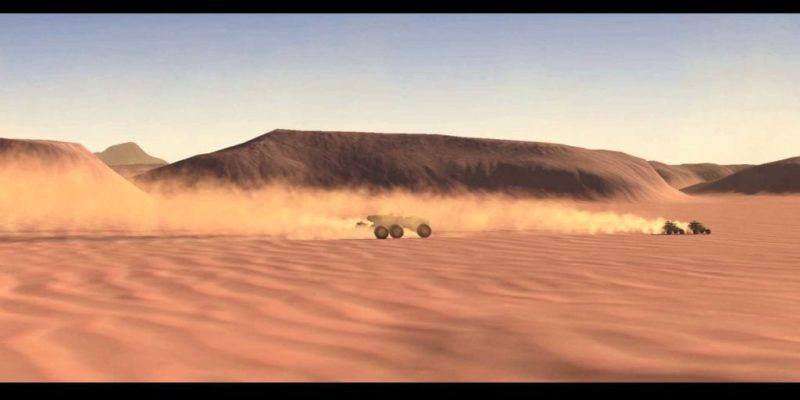 The trickle of information about Blackbird Interactive’s Hardware: Shipbreakers continues with this new video showing the briefest glimpse of a user interface, overhead map and free-controlled camera.

It opens with a small convoy approaching one of the wrecked space hulks that seem to draw the planet’s inhabitants to them. Low-flying fighters sweep the perimeter as the ground-based units catch up. Then the viewpoint switches to an overhead map and there’s a short combat engagement with rival hulk-hunters.

Hardware is being designed by former Homeworld developers, and will be a free-to-play RTS.

How to Survive coming to Steam – More Zombies for you