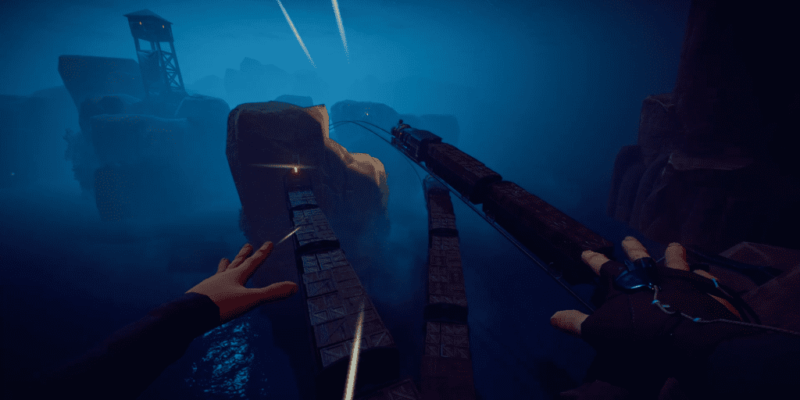 Farsky Interactive is set to release their next game, the first-person platformer called The Free Ones, on 12 July.

The game follows the story of Theo who escapes from the slave mines by utilising his grapple hook to leap around. After meeting a group of refugees they hatch a plan to escape the island where they are trapped.

Prior to the game released in July, there is a demo available to try on itch.io which is worth a look if some grappling hook action appeals. The Free Ones will not be a huge game, Farsky says it will take around four hours to complete and it’s yet to be priced on Steam.